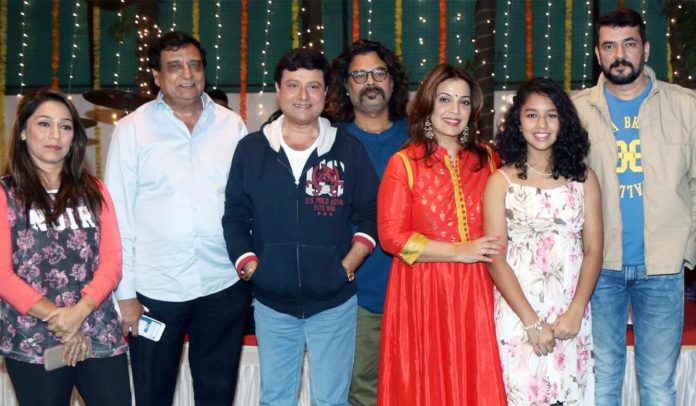 Not many times we see two stalwarts who have been on distinctly different paths throughout their careers coming together at some point! ‘Sohala’ is an upcoming Marathi film that has caused such rare collaboration of two stalwarts; director Gajendra Ahire & actor-singer-filmmaker Sachin Pilgaonkar!

Director Gajendra Ahire says the film is about changing relations in a family in today’s times. Along with Sachin Pilgaonkar & Shilpa Tulaskar the film also stars Vikram Gokhale, Lokesh Gupte, Mohan Joshi & others. This film set to release in theatres in April-May season. Sachin Pilgaonkar believes the magic of this film lies in it’s title itself as a family coming together is a festival or ‘Sohala’ in itself.