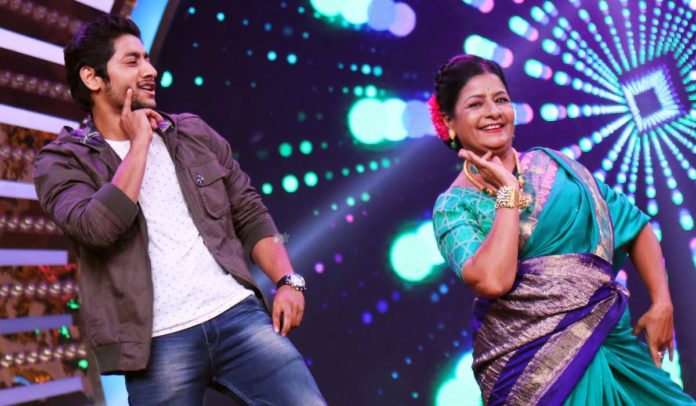 As the Mahesh Manjrekar’s new college romance FU is gearing up fpr its release on 2 June, the star cast of this film recently attended Star Pravah’s Dholkichya Talavar shoot. Akash Thosar, Satya Manjrekar, Vaidehi Parshurami, Mayuresh Pem, Sanskruti Balgude danced along with the contestants of the show. Akash gave a candid confession on the sets that while he was learning wrestling he used to watch Lavni performances with his friends. Akash also danced on the famous Zingaat song and also didi some pushup competition with other members of the film.

In this episode, Dipali Naigaonkar and Siddhi Tambe will perform a flash mob on Fantastic Mhanatoy Mala. Samruddhe and Dhanishtha will perform on Vajle Ki Baara in a very comic style. This song was choreographed by Phulwa and hence she appreciated it more. Dhanashri and Anushka used Crumb style for Laee Kasaache. Samruddhe performed on Ugavali Shukrache Chandani.