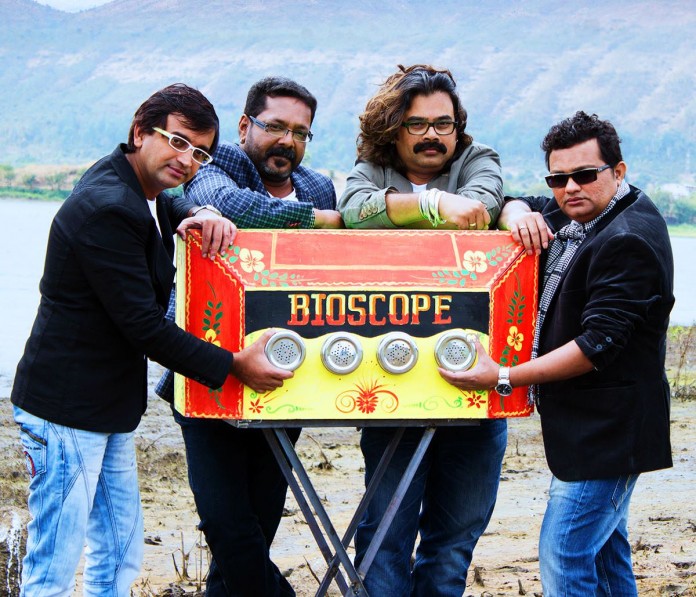 Marathi films have always been a director’s arena. Rather than stardom and glamour quotient, Marathi audience prefers movies by a good director. Bioscope is an interesting projects where four different directors have teamed up to make a single film. The film has four independent stories woven around four poems and stories. Bioscope has directors like Ravi Jadhav, Gajendra Ahire, Girish Mohite and Viju Mane. Ravi Jadhav’s Mitra is based on a poem by Sandip Khare. Ahire’s Dil_E-Nadan is based on a gajhal by Mirza Galib. Ek Hota Kaau is directed by Viju Mane and based a poem by Saumitra. Girish Mohite’s Bail is based on a folk poet Loknath Yashwant. Ek Hota Kaau and Mitra were selected as short films in prestigious “Indian Panoram 2014”. Mitra has also won National Award in short films category and been shown in various international film festivals.

Ravi Jadhav said, We came together at an event in Thane. While discussing we hit upon this idea. It was a very different concept of making four short films and create a single film around it with a thread of poems.” 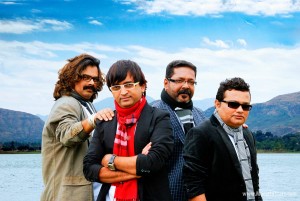 Viju Mane thinks this experience was very creative. “Every poem has a story. Presenting that germ was challenging and satisfying. We discussed about various poems and started creating a script around them. Working along with three other directors was enthralling experience.”

Girish Mohite was initially concerned about disagreements between directors. “Whenever ego arises in any relationship or work, problems start. But when we keep this ego aside and come together as a single mind, something beautiful like this art is conceived” Ahire said. “This was an experiment for me. Entire experience made me realize about how other directors are thinking and how their creativity becomes film.”

The Bioscope is produced by Abhay SHevde and Golden Tree Entertainment Pvt Ltd. Audience is also very much interested in watching this film with four different stories.