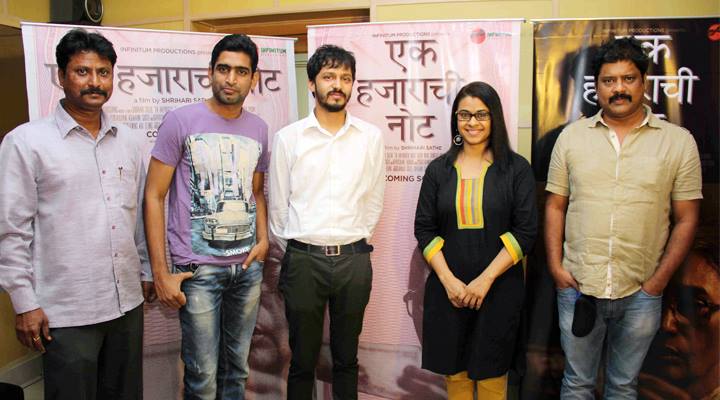 “Ek Hazarachi Note” a simple yet significant movie portraying the drama amongst the common folk, especially in rural areas, who tend to enjoy all the little things in life is set for an upcoming release all across Maharashtra. The first look of this movie was held on 18th March 2014 in Mumbai.

The film is produced and directed by Shrihari Sathe. This is also Sathe’s directorial debut. Starcast includes veteran actor Usha Naik with Sandeep Pathak, Shrikant Yadav, Ganesh Yadav, Pooja Nayak and Devendra Gaikwad, The film is written by Shrikant Bojewar. Ming Kai Leung (USA) is the Director of Photography with Art Direction by Prashant Bidkar and Costume Design by Kalyani Kulkarni Gugle, Make Up is by Santosh Gilbile. Ranjit Gugle and Shekhar Sathe are the executive producers. The sound designer is Thorsten Minning (Germany).

Shrihari Sathe said that the Film revolves around the fact that poor folk have to face life as it comes with little control over what happens to them. Even when money comes, it brings with it problems. They unfortunately have to take things as they come and are not in a position to retaliate when wrong is done to them. People wielding power have inhuman control over their destiny.

“Ek Hazarachi Note” is produced by him under his banner “Infinitum Productions”. Prior to this Shrihari has produced two feature length films, both in the US. “Pervertigo” (2012) world premiered at the Warsaw Film Festival and also shown at Mumbai Film Festival. The second film he produced was “It Felt like Love” which premiered at Sundance Film Festival last year and has shown in a few dozen festivals all over the world. It is slated for theatrical release in March 2014 in the US. 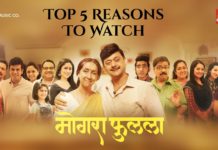