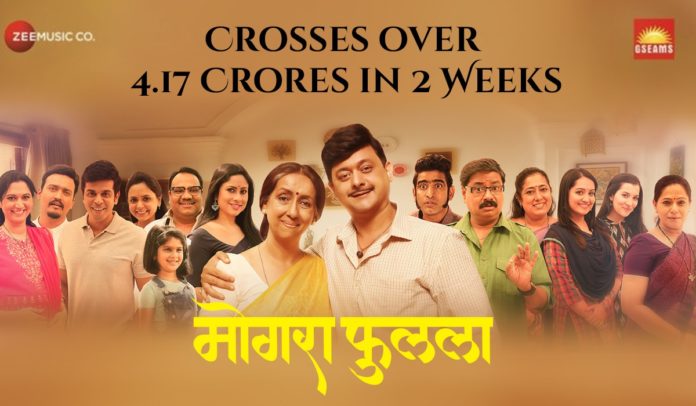 Swapnil Joshi starrer Mogra Phulaalaa has garnered love from both sides of the spectrum from audiences and critics alike since it’s two weeks before release. The film has grossed over Rs. 4.17 crores in two weeks alone! Senior Director Shrabani Deodhar’s grand comeback into directing films too has succeeded

The first three days of release saw the film accumulating the business of Rs 1.45 crore. It has been getting a similar response in the second week too. The business figures have touched Rs 2.72 crore in the second week between June 17 and 23. The response to the film has compelled the producers to increase the number of shows in Citypride chain and multiplexes and theatres in Thane and Mumbai.

The film has registered the whopping business of Rs 4.17 crore in two weeks of its release. The film has received a very good response from the audience. The film lovers are flocking in the theatres in Mumbai, Thane, Pune to watch the family drama, which has been subtly narrated.