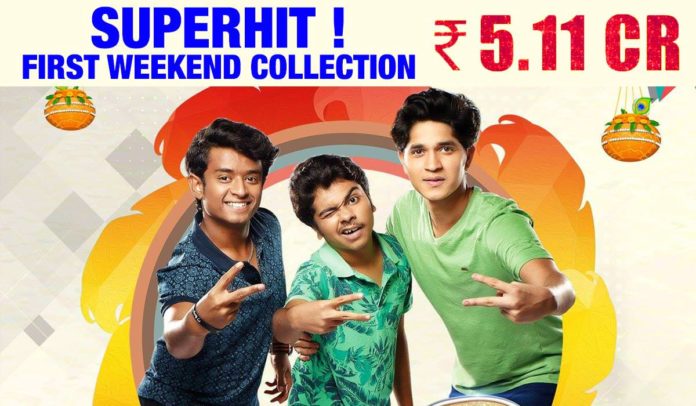 Following the success of the prequel ‘Boyz 2‘ has garnered equal amount of love from the audiences. In the first weekend of it’s releases it has already earned 5.11 Crore Rupees! On the opening Friday ‘Boyz 2’ made 1.30 Crores (Which is a big number for a Marathi film) & then on Saturday the film earned 1.61 Crores & on Sunday it made 2.20 Crores! It means the collections are only increasing day by day! The ‘Boyz 2’ team is ecstatic & will be celebrating their success.

Starring the young trio of Parth Bhalerao, Sumant Shinde & Prateek Lad the ‘Boyz’ franchise seems to have connected really well with the audiences & especially the youth audiences! Though the film was certified ‘A’ by the censor boards, the audiences have responded in great numbers.

The film tells the story of three boys who are juniors in the college & who keep challenging their seniors. The audiences have seemed to enjoy the humour & the action of the film. The music of the film too seems to be a hit among the audiences as many incidents have been reported where the audiences have danced in the theatre to it’s song!