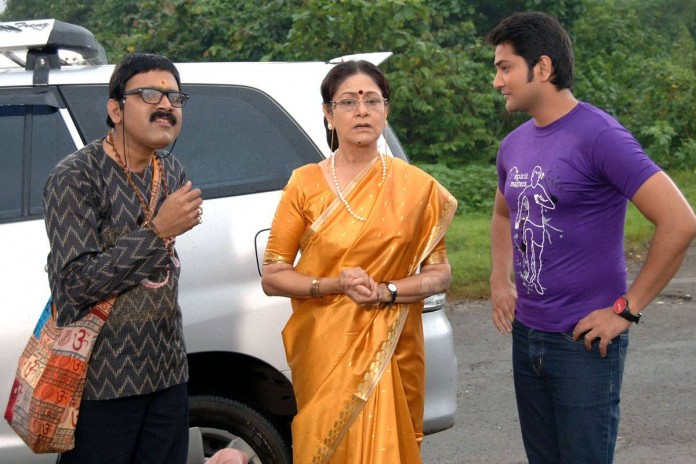 Noted actress Aruna Irani is making a comeback in Marathi films after a gap of 20 years through the film Bol Baby Bol. It is a family drama portrays various hues of relationships as well as the dhamaal and suspense in the relationships.

Bol Baby Bol is a story of Durgadevi and her family.Durgadevi who is super rich has a deep faith in astrology and always consults her nephew Nandu (Makrand Anaspure)before taking any decision. Durgadevi’s son Rahul (Aniket Vishwasrao) is in love with his childhood friend Sonali (Neha Pendse).Durgadevi is adamant that Rahul and Sonali can get married only if their horoscopes matchs. What happens next is utter chaos and drama.

The story of the film is written by Rajan Agarwal and screenplay is written by Rajan Agarwal, the late Vinay Lad and Sanjay Belose.The songs are written by Vivek Apte and Nishikant Sadaphule has composed the music. The songs in the film are rendered by Anand Shinde, Vaishali Samant, Sanjeevani Bhelande, Amruta Natu, Reshma and Rahul Saxena. The cinematography of the film is done by Sameer Athalye and art direction is done by Izaz Sheikh and Ravi
The film is slated for a release across the state from November 7 th. 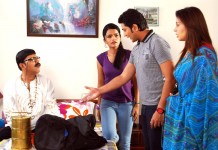 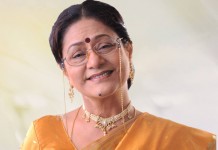 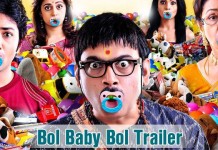