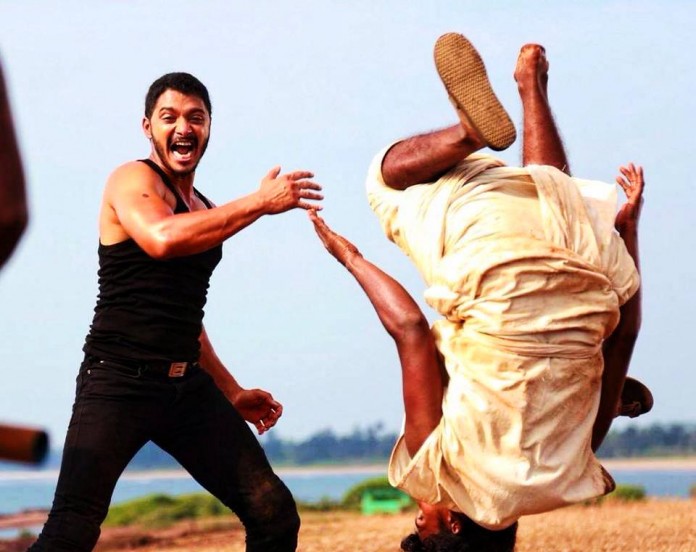 Shreyas Talpade’s 2015’s most anticipated film ‘Baji‘ is creating buzz even while the shooting is going on. Currently the shoot is in progress at picturesque Konkan locales. It is slated to release on 6th February 2015. However, the social media is already buzzing about its promotion and audience is eagerly awaiting for the first Marathi Superhero.

Baji is an action-adventure-romance laced superhero vigilante film that transcends both folklore and present day. It is based on the legend of a man who took upon himself to protect the common man against oppression and injustice. His sword, his bow-arrow and his white stallionlive on to define him.

Baji marks Shreyas’s comeback into Marathi cinema after a gap of 7 years. The Film also has Jitendra Joshi as the antagonist and Amruta Khanvilkar as the female lead. Directed by Nikhil Mahajan of Pune 52 fame the movie is presented by DAR Motion Pictures of The Lunchbox Fame, and produced by Arun Rangachari, Vivek Rangachari, Amit Ahirrao, Suhrud Godbole, Hrishikesh Kulkarni and Nikhil Mahajan.