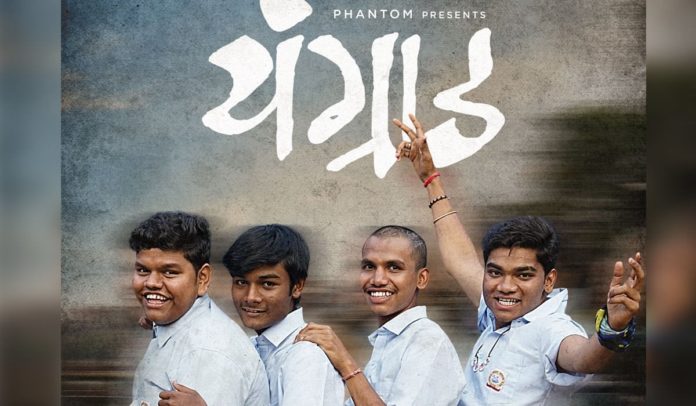 There are very few production houses that create an iconic status for themselves in so much less time, ‘Phantom’ productions is one of them. Formed by directors like Anurag Kashyap, Vikramaditya Motwane & Vikas Bahl to make the kind of cinema they believe in. They have made successful films like ‘Queen’, ‘Udta Punjab’, ‘Lootera’, ‘Masaan’ & many more in Hindi.

Now they have a grand entry into Marathi cinema with Makarand Mane directorial ‘Youngraad’. Youngraad means those boys who are wasting their lives roaming around & doing nothing. It’s a word from Nashik where the story of the film is based. The story of four boys who have wrongs idols in their lives & because of that they end up getting into trouble & then they start introspecting upon their life.

The director of this film previously made national award-winning film ‘Ringan’ & is also directing the next film of Rinku Rajguru of ‘Sairat’ fame which is titled as ‘Kagar’. Along with Phantom, the film is also backed by ‘Future Works Media’ & ‘Vitthal Patil Productions’ & is set to release all over Maharashtra on 6th of July!