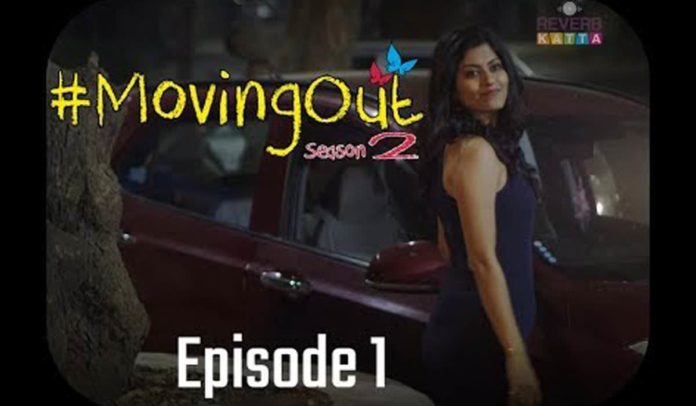 Reva, a software engineer coming from a middle class is in a ‘live-in’ relationship with her boyfriend Satya who is a ‘Chef’. After they start living with each other they slowly realize the differences between them & how that is leading to quarrels & uneasiness between them. They mutually decide to break up with each other. And even after that, they stay friends with the same comfort level between each other. Even when they have found new life partners respectively!

What happens after this will be seen on ‘Reverb Katta’ the Youtube channel in ‘Moving Out Season 2’! Abhidnya Bhave’s performance as ‘Reva’ has been thoroughly loved by the audiences in season one & even Nikhil Rajshirke who plays ‘Satya’ has been appreciated. Now in Season 2, two new Marathi Stars Rushi Saxena & Moving Out are making their web series debut!

The makers of this series & the channel owners believe that today there’s a whole generation of audiences who have grown up consuming Youtube content & hence they relate easily with the format of web series & short films. Along with Moving out, shows & web series like Twist It, Night Out, Antarnaad Kavita & Gharkul are also available on the ‘Reverb Katta’ Youtube channel!