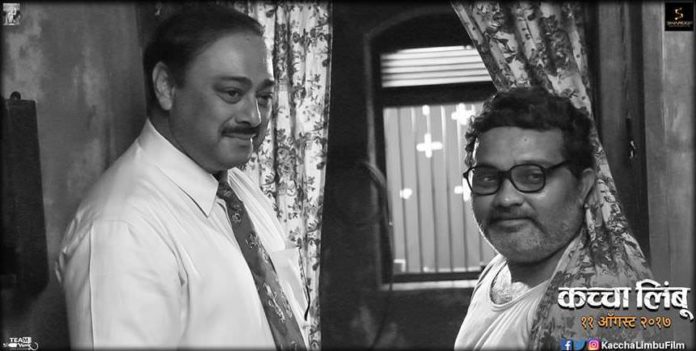 After a long time a trailer of an upcoming Marathi film excited us to such extent. Prasad Oak’s directorial debut Sonali Kulkarni, Ravi Jadhav, Sachin Khedekar & Manmeet Pem starrer ‘Kaccha Limbu’ is that film & it’s all set to release on 11th August! On this occasion we are giving you 7 reasons to watch this film in theatres!

It’s believed that when an image or a video is in black & white we actually understand it better. Colours bring in a sense of ‘fiction’ to it. The more real it feels when it’s black & white. Of course there must be more reasons why Prasad Oak has opted for a major portion of the film to be in black & white. Hence it becomes necessary to experience the reason unfold on the big screen.

Ravi Jadhav is a filmmaker who changed the face of Marathi cinema especially the commercial aspect of it. Previously he was in a cameo in Nikhil Mahajan’s Baji. But ‘Kachha Limbu’ introduces the solid actor inside Ravi Jadhav. Prasad Oak was once in a meeting with Ravi Jadhav, when he noticed Ravi Jadhav’s beard, instantly Prasad was sure was that Ravi Jadhav is perfect as ‘Mohan Katdare’ in his ‘Kachha Limbu’ film. 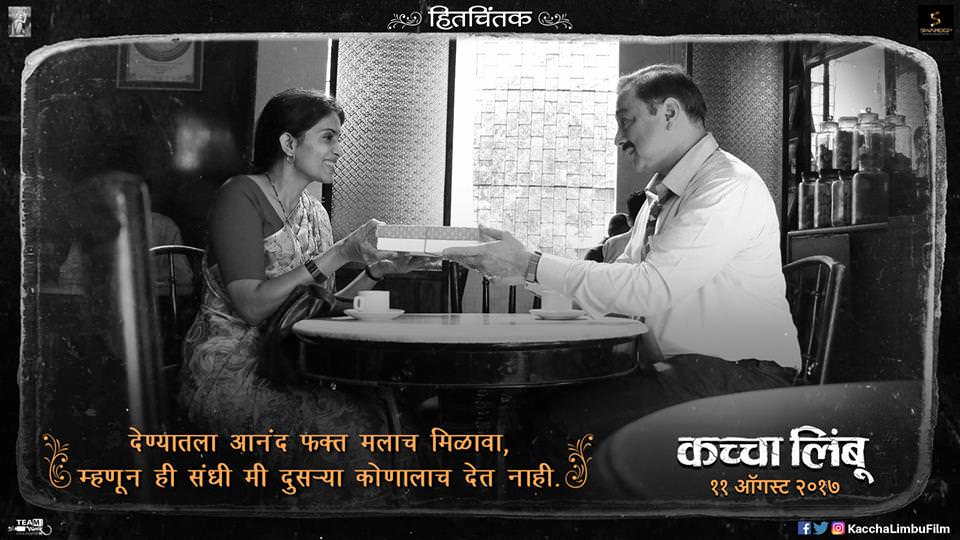 Along with Ravi Jadhav the ensemble cast of ‘Kachha Limbu’ includes Sonali Kulkarni, Sachin Khedekar, Anant Mahadevan & Manmeet Pem. Here the decision of casting Ravi Jadhav & Manmeet Pem as father & son seems so spot-on. Both look perfectly suitable in their parts & even Sonali Kulkarni seems to have developed perfect chemistry with them. Sachin Khedekar’s part too is very important as its evident from the trailer!

‘Kachha Limbu’ is based on a play written by legendary Marathi writer/playwright Jaywant Dalvi. Jaywant Dalvi was known to be a writer who was ahead of its time. Moreover the adaptation of this play to the screen has been one of the most versatile artists in Marathi today, Chinmay Mandlekar! Chinmay has written the screenplay & dialogues for ‘Kachha Limbu’.

5) The Boldness of the Subject

The subject of ‘Kaccha Limbu’ is very complex has different shades that are visible in the trailer itself. It’s not just the story of parents who have a specially challenged child, but it’s also about two people the father & mother who have lived a sexually, mentally oppressed life for years to take care of their child. 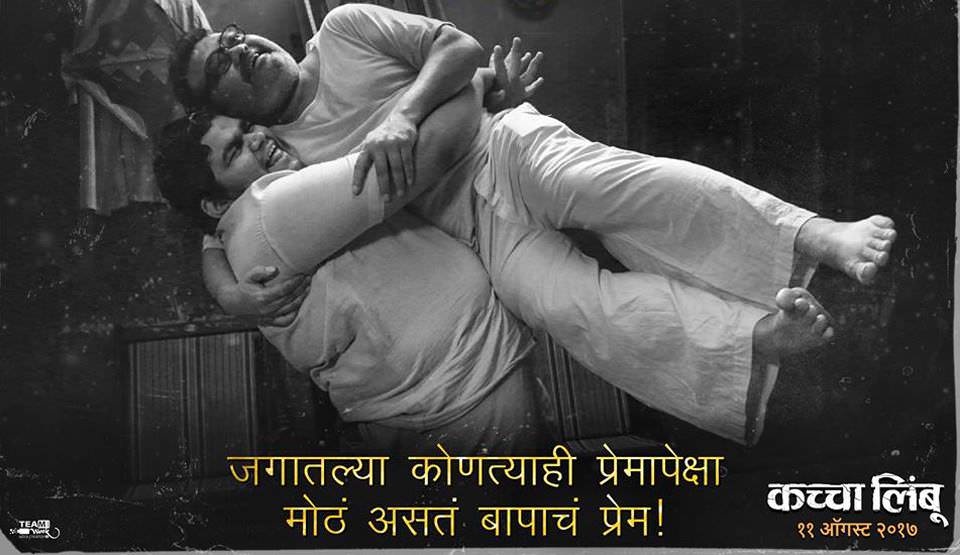 Prasad Oak is well-known for playing different types of characters on the screen television & also on stage. He has also proved is singing skills many a times. Ever since ‘Kachha Limbu’ was announced people have been excited to see their favourite actor turn a director. The trailer promises us that ‘Kachha Limbu’ will give Marathi cinema a brand new director with a brilliant vision to tell stories.

No it’s not simply a song from the film but the musical representation of the soul of the film, written by the most loved Marathi poet of today Sandeep Khare, composed by Rahul Ranade& sung by Avadhoot Gupte. This song refers the parents as ‘special parents’ as it’s definitely not an easy task to take care of a special child.

8) The Intensity of Manmeet Pem!

Manmeet Pem has been acting in Marathi films for quite a few years. He has been mostly seen playing the funny guy roles. But post the trailer of ‘Kachha Limbu’ we’ve been shocked to see him in such an intense role. Never have we seen a special child portrayed with such intensity in Marathi cinema before. Manmeet promises to be the surprise package of ‘Kachha Limbu’ & we hope that we would see him in different roles in different films in the near future.