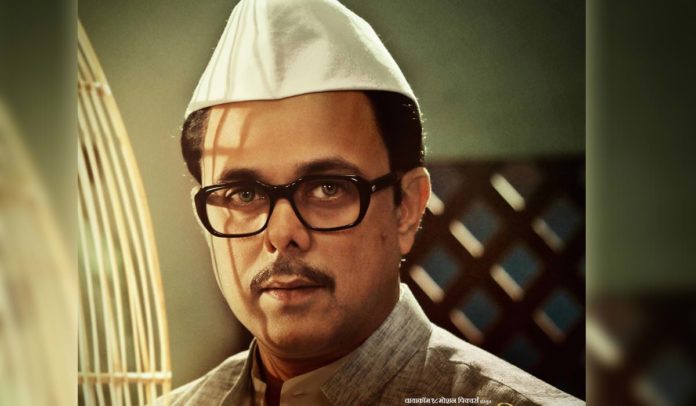 The trailer of ‘Ani..Dr. Kashinath Ghanekar’ starring Subodh Bhave in the title role excited the audiences about the film! As much love Subodh has got for his portrayal of ‘Dr. Ghanekar’ from  the trailer equal amount of love & fascination is being expressed on Sumit Raghvan’s portrayal of ‘Dr. Shriram Lagooo’! Here’s what the talented actor has to say about the film & his work!

How would you describe playing the role of Dr. Lagoo in ‘Ani..Dr.Kashinath Ghanekar’? Was it challenging or frightening?

I am really thankful to Abhijit (Abhijit Deshpande, the director) & Nikhil Sane for giving me this role. I did feel the pressure while playing this role as Dr. Lagoo is with us today! Dr. Lagoo is an acting school on his own! And in this film there’s a conflict between the two schools of acting that Dr. Lagoo & Dr. Ghanekar represent! I didn’t understand how to react when this role was offered to me, because Dr. Lagoo himself will be watching this film! He even saw my play ‘Hamlet’ & he met me after the play & he was teary eyed! So now playing him in a film is very emotional & challenging for me!

What exactly is your role in this film? Is it a cameo or an extended cameo or something else?

Dr. Lagoo once said that an actor has to be an athlete! I think it applies to you perfectly as you look the same as you looked 10 years ago! How do you think the fitness of an actor helps an actor in his acting?

See when I am fit physically the audiences have scope to watch me in different roles! Today I am 47 years old, if I start looking my age I won’t be able to fit into different roles! Moreover an actor’s body is like his own instrument. And even after that the shelf life of an actor is less. You get around 25 years! And only great fitness can let you extent it to even 50 years!

We’ve seen you in Hindi films, serials & in Marathi but your mother tongue is Tamil! Would you ever be interested in dong Tamil films?

I would love too! That’s the language that is spoken in my house by my parents. While I am not an expert in Tamil, I definitely communicate in it & with a bit of homework I can certainly be comfortable to do a Tamil film!