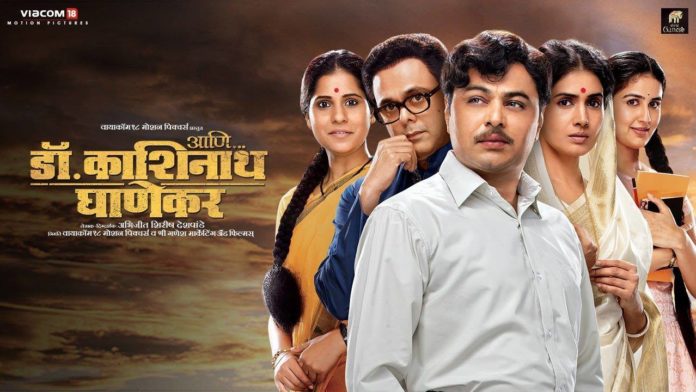 ‘Ani..Dr.Kashinath Ghanekar’ is Marathi cinema’s big Diwali release this year. It stars a brigade of Marathi Stars; Subodh Bhave, Sumit Raghvan, Sonali Kulkarni, Prasad Oak, Anand Ingle, Mohan Joshi & others playing Marathi Stars of the yesteryears! And the captain of this grand ship is the writer turned director Abhijeet Deshpande! After writing many a hit films like ‘De Dhakka’, ‘Mi Shivajiraje Bhosale Boltoy’ & ‘Lalbaug Parel’ he is all set to announce himself as a director! Here’s his views about the film & the process!

Today a dream of yours is coming to life! How old is this dream? & how does it feel?

From around 2005 to 2018, 13 years! And the dream connected to ‘Kashinath Ghanekar’ is around 5-6 years old! 6 years ago this idea came into my mind & I started writing. I begin with the research necessary for the film. It took me around 3 years to write the film! After that around one & a half to two years went in preparing for the film. Then the shoot of the film took 2 years!

There are so many iconic Marathi Stars from the yesteryears. Why ‘Dr. Kashinath Ghanekar’?

I was fascinated by the character! It’s never been seen in our films & maybe after ‘Ani..Dr. Kashinath Ghanekar’ it won’t happen again! The life journey of this character is so huge. Dr. Ghanekar was obviously talented, that’s like a by default for every great theatre artist of ours. The personal journey of Dr. Ghanekar was very complex & dramatic. Moreover he initiated a huge change in Marathi theatre. It was a new era for Marathi theatre, the shift from class to mass had happened & the youth were attracted towards it because of Dr. Ghanekar. And his personal journey too, we have shown all of it as it is, without any glorification! 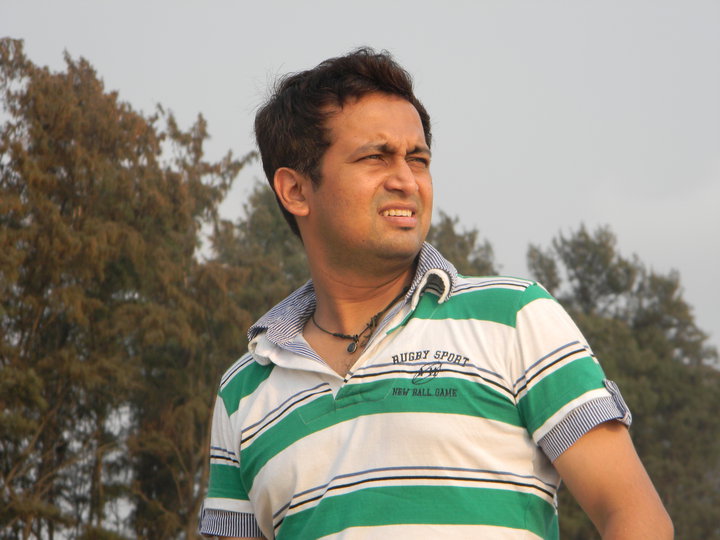 How do you think the audiences would react to your honest approach of telling Dr. Ghanekar’s story as it is?

I think today’s audiences is more open to different subjects. They like ‘human’ characters which can be flawed & vulnerable. And Dr. Kashinath Ghanekar was that exact ‘human’ character! I am thankful to Viacom & Nikhil Sane for giving me complete freedom in telling Dr. Ghanekar’s story without holding anything back.

How did Subodh Bhave’s name come to your mind? Was he in your vision from the writing stage itself?

No, Dr. Ghanekar himself was in my vision when I was writing. But then when I knew that there is so much complexity in this character & in the story, I wanted an actor who can project all those different shades of the same person! Subodh in reality is an exact opposite of Dr. Ghanekar. But that’s the fun part, that there’s a challenge for Subodh & his skills to portray a character that is completely different from his personality or even his previous characters. Moreover for the audiences too it’s more exciting to see Subodh in a new avatar!

You have been working in Marathi & Hindi films as a writer for years! How has that experience of yours helped you in direction?

‘Ani..Kashinath Ghanekar’ stars so many brilliant & big actors that too playing iconic actors of the yesteryears. Now as a director I am a first timer, but what helped me is the understanding of the script! For example when a cinematographer turns a director, it’s a given that his film will have beautiful visuals, when an editor turns director his film’s editing will show brilliance in editing. Same way when a writer turns a director, his content has to be good! The challenging part for me was to bring out the desired performances from my actors, & after interaction with my actors I did pull it off.