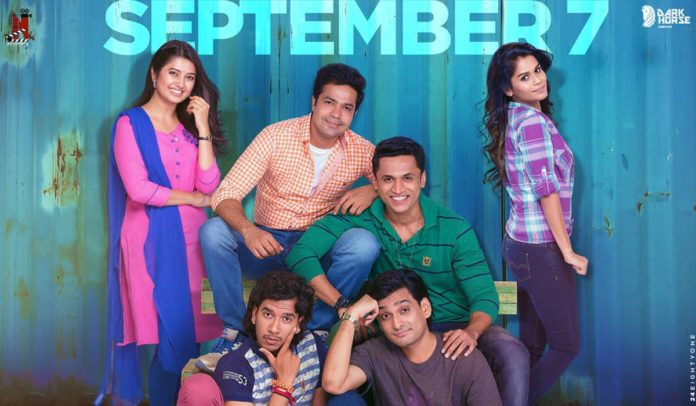 After being a successful writer in Marathi films & television, Sachin Darekar has made his directing debut with the upcoming youth-centric entertainer ‘Party’. Party is all set to hit the theatres on 7th September & we had the team of the film that includes stars like Suvrat Joshi, Prajakta Mali & Akshay Tanksale open up about the film & on their experience doing this film.

Tell us about your experience of being a part of this ‘Party’! Suvrat Joshi: I think our whole life is a ‘Party’! There’s a dialogue in the film that life is a ‘Party’ given by the almighty! And we were enjoying every moment of this party while shooting ‘Party’! This film will remind you of those golden memories of your childhood days when we collected one rupee each & enjoyed the party with our friends! It will remind you of those old days of the 1990s when things were simpler. Our favourite heroes & heroines of Hindi films used to walk in slow motion & all. This film is definitely about friendship but it’s also about those times that will make us all nostalgic! 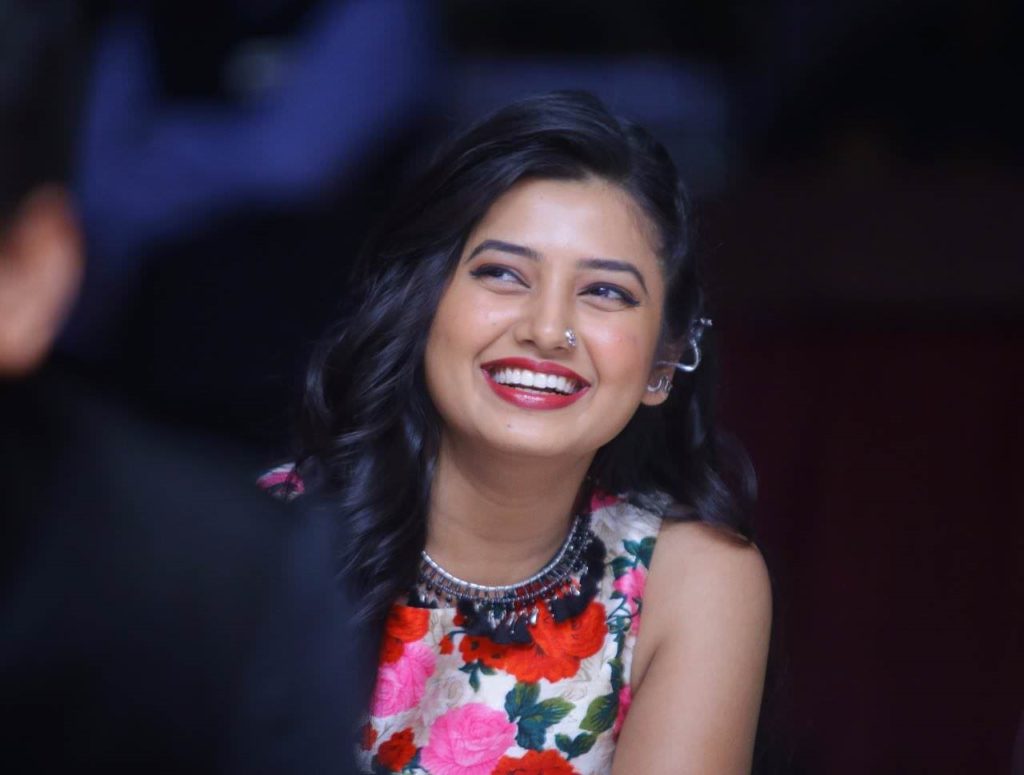 Prajakta Mali: My experience too was really fun. The moment I knew that this film is directed by (Sachin Darekar) the writer of ‘Zenda’ film, I definitely wanted to be a part of this ‘Party’. I am very glad to say if there is any phase in my life that I have enjoyed the most it would be the 10-15 days of the workshop for ‘Party’ with the entire team! We had loads of fun during that time & during the shoot. While I have never had so many friends in real life, but this film made me wish that I had such a gang of friends. 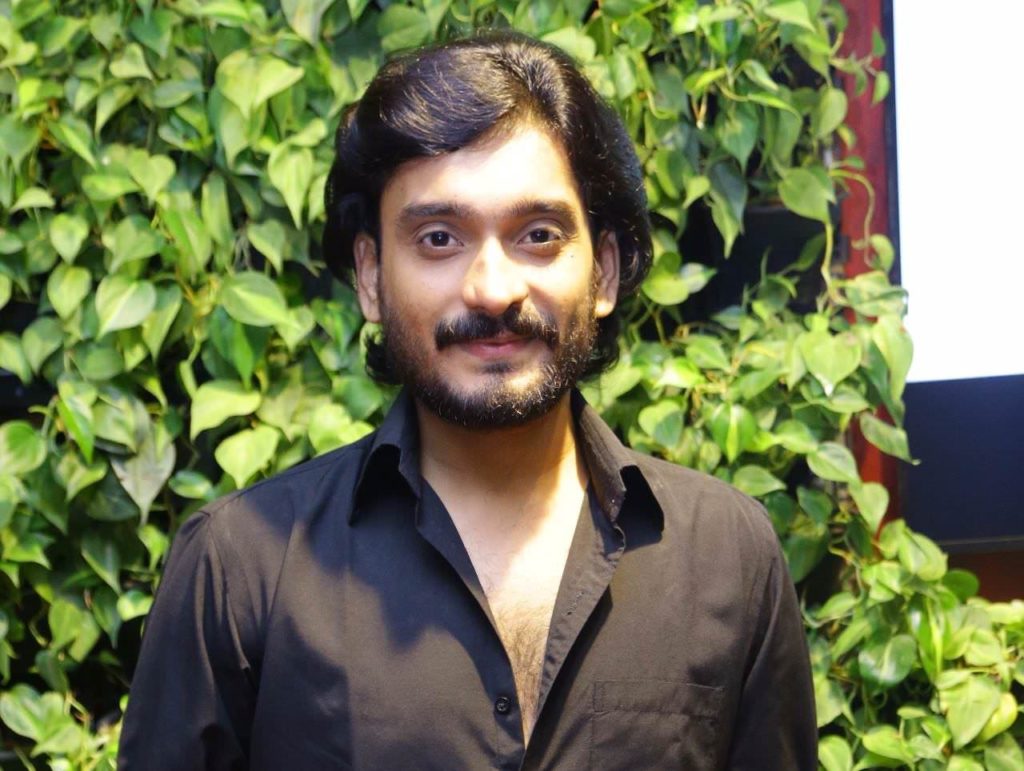 Rohit Haldikar: When Sachin Sir (Director) called me for the first time & asked me to meet him, I was at the Borivali National Park. Sachin Sir told me to meet him right now! And coincidently he lived right next to the National Park! Then he narrated the story & told me about my character. I instantly connected with the character, as we all know there’s always this one guy in the group who is always going through a ‘Kadki’. Well, I play that guy! This guy though is scolded by his friends for this habit but he is also treated with equal love like other friends in the group. Like Prajakta said, the workshops were very fun & useful for me to get my character right. 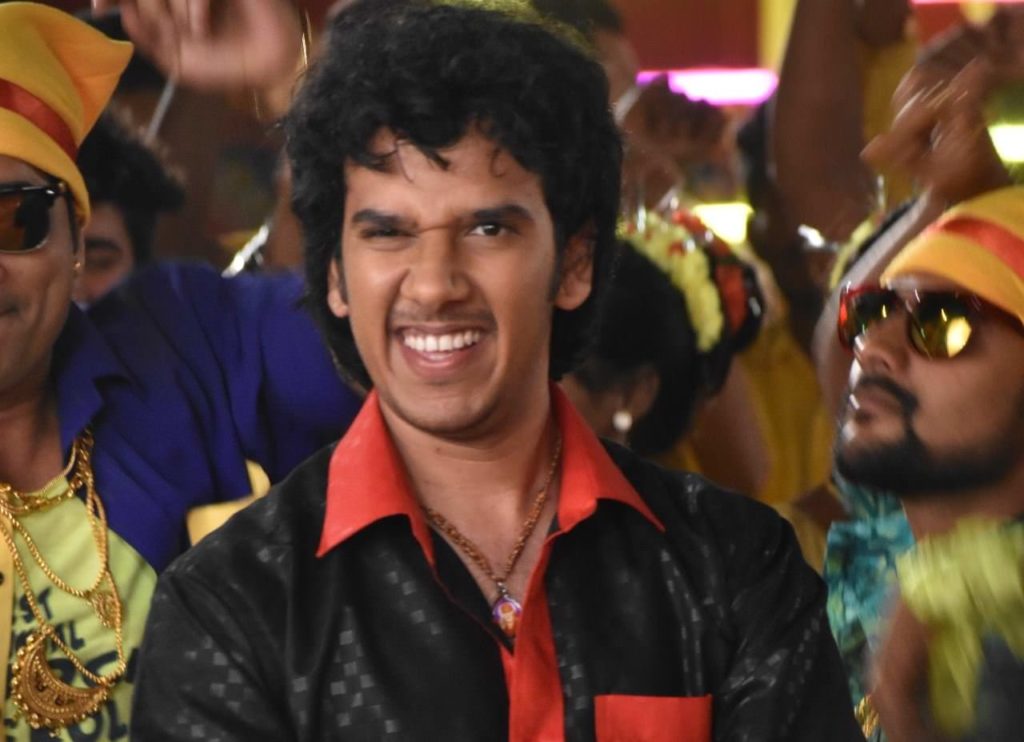 Akshay Tanksale tell us about your ‘relation based’ image made through your songs! First ‘Kaka’ & now ‘Bhavdya’!

Akshay Tanksale: Haha. I guess after Kaka & Bhavdya the next song would be on my sister! In my real life ‘Party’ happens every other day in my life because I have a huge group of friends & many groups too. Yet I feel the party I had while doing this film is something else! I don’t think a party of this kind would ever come back in my life! I remember when I first met Sachin Sir, when I heard his voice on the phone I felt this guy is very strict! In person though that wasn’t the case! We connected instantly. When I got out of his house, there I met Amitraj Sir (Music director) & I thought this is something fun & I have to surely do this film! 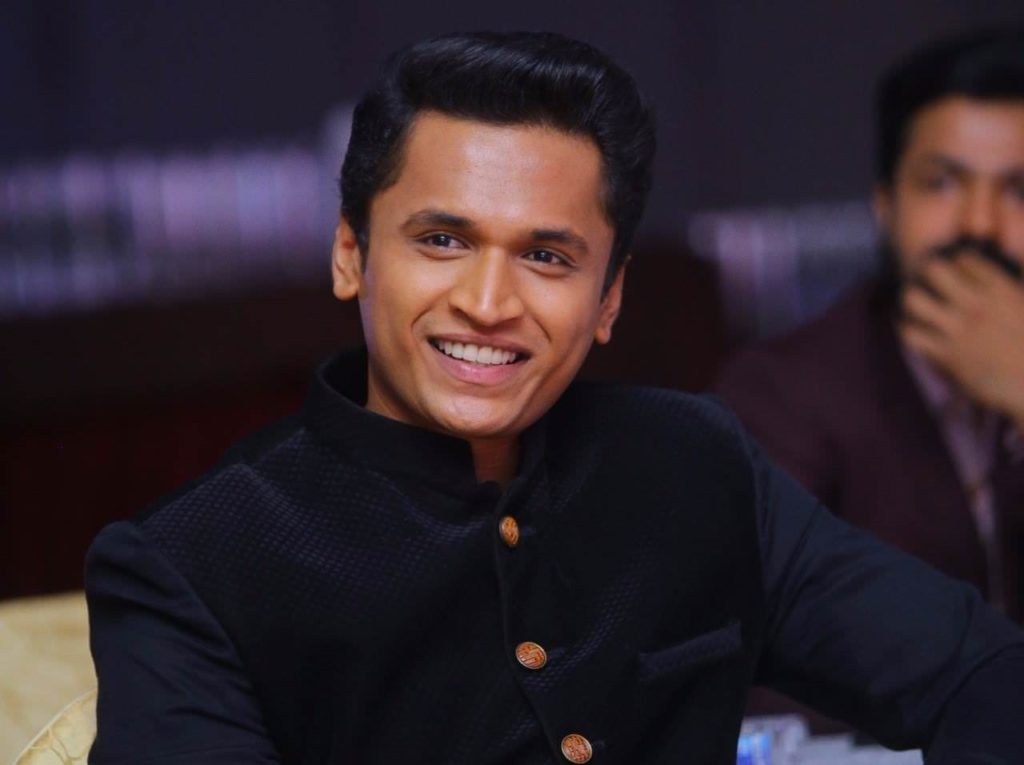 Being a newcomer in this team tell us about your journey Stavan Shinde.

Stavan Shinde: When I was selected for this role I didn’t even need a script! I had trust on Sachin Sir as I have loved his previous works. So I am very thankful to him for selecting me. Later when I read the script I loved it & related with it. But I was worried if my parents would connect with it, so I narrated the script to my father. And I am telling you honestly that day me & my father for the first time we had drinks together like friends! That was the magic of ‘Party’ which I think the audience would relate too as well, both young audiences & family audiences. This is your first film too Manjiri Pupala!

Manjiri Pupala: Everyone has a heard this fairy tale somewhere, that I simple girl was doing her usual work & a director notices her out of nowhere & offers her a role in his film! Even I had heard a story of this kind, but I never believed in it much. So I was about to start my work for a TV show, & Sachin Darekar sir was connected with it. It was the first day of the workshop for that show. The workshop ended & I came down, I was standing on the footpath & I was looking for an Auto. Suddenly Sachin sir came there saying he wants to talk to me. He told me he is righting something of this sort & would want me to work in it. And I said why not, surely. He told me that he will contact me later. Many days passed by I forgot about it, & suddenly after around 6 months, I got a call from him saying I am really doing this project! I am very thankful to Sachin Sir, this is my first film & that too on such a big scale & with such fantastic team!

(To the Director) What do you think would the audiences take back with them after watching ‘Party’?

I think they will surely be entertained by the film. But I feel more importantly they would be reminded of their friends & their friends circle. I think beyond the box office success & all If my film would manage to make even a small section of the audiences to make a phone call to their forgotten friends asking them about their whereabouts & how they are, I think all our efforts to make this film will be rewarded!