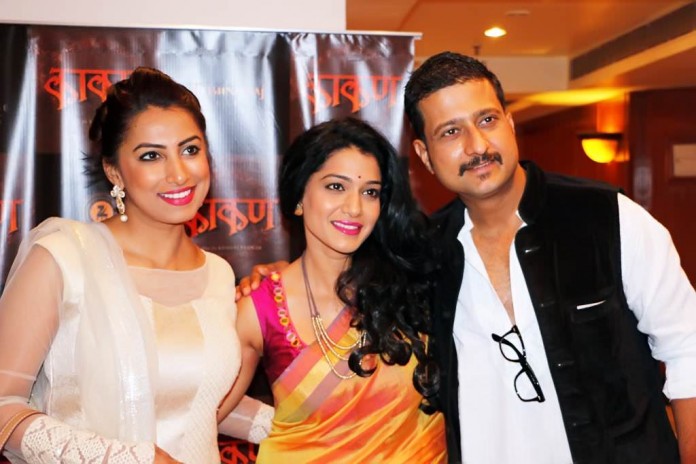 After being a successful star, what made you venture into direction?

By nature I am a very creative person and always looking out for something creative to do and so I had this idea in mind which I converted into a short film but in the process realized that the film had potential to be made into a full length feature film and luckily I got a good producer and I ventured into making ‘Kaakan‘ and the results will be out soon.

It’s a tragic love story on the theme akin to ‘Ek Duuje Ke Liye’ which is my favorite film and tragic love stories have always fascinated me and there is also a 12 year old boy who is akin to the lead protagonist in the film.

For the leading lady, I wanted a very Indian face and one who could dance well and Urmila Kanetkar fitted the bill perfectly and Jitendra Joshi was the perfect actor for a middle class lover and so I cast him for the film.

Are you acting in the film?

No.It’s a difficult job to be behind the camera and act as well and therefore I refrained from acting in the film.

Kaakan means Bangles and is a representation of how the life cycle starts from some where and moves round and round in circles till it reaches it’s destination.

What about the films music?

The film has music by a newcomer and we have songs of all genres right from a Sufi song to romantic numbers sung by the likes of Shankar Mahadevan and his son, Hariharan, Sonu Nigam and other top singers.

I have planned two films which I will be directing. And also my Marathi films as an actress are about to release like ‘Yudh’, ‘Murder Mestri’, and a few others.