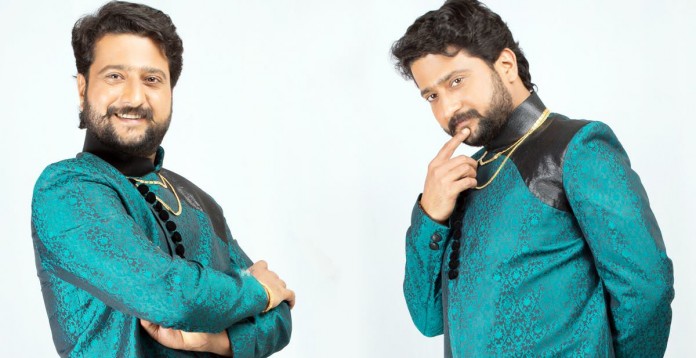 Jitendra Joshi hadn’t intended to be an actor but once he entered the field, he made a mark for himself through a series of praiseworthy performances. His versatility is proven from the fact that he plays a period character like Tukaram and at the same time does justice to a villainous college brat in Duniyadari.

In his upcoming flick Premasathi Coming Suun, he will be seen playing a Kolhapuri lad with a touch of humor. The actor gets candid about the film and his career journey in an exclusive chat.

What character are you playing in Premasathi Coming Suun?

I am playing the character of Samrat Kolte Patil. He enters the film after the interval. He is highly influential. He is one of those who rule over their respective areas. Kolte Patil is very rich and has people working under him. He is an aggressive person, who is fond of bai (women) and baatli (liquor). His life takes a turn when Antara, played by Neha Pendse, enters it.

What was the reason for agreeing to do the film? 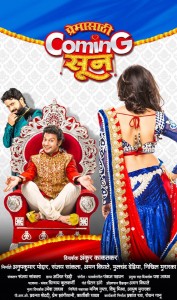 as the one I played in Duniyadari. I also do repetitive roles to run my house. I thought playing the role of Kolte Patil would be fun as there is a section of audience that loves such characters, just like they liked my ‘Mehune Mehune Mehunyanche Pahune’ dialogue. Since the character is from Kolhapur, he has his own peculiarity. I knew that once I enter the film, I won’t let the audience’s attention to drift away from me. Else, if Neha Pendse and a male appear on screen, nobody looks at the male (laughs).

This is a comedy film. So can you recall any funny moment during the shoot?

My first film with Neha was Hu Tu Tu. In one of the songs, I had to grab her. She pointed out that I am holding her like a brother. Then in this film (Premasathi Coming Suun) also I had to grab her. So I told her that this time you won’t feel as if it is a brotherly hold (laughs). But it is all because of the nature of my character in the film. His manner of expressing love is very unusual. If such a character comes in front of me in real life, I will just slap him.

Tukaram has been your most challenging role till date. How did you prepare for it?

I read few books on Sant Tukaram. I also read Tukaram’s abhangas. However, Prashant Dalvi and Ajit Dalvi had written the script so well that there wasn’t much requirement for me to learn something extra.

How would you describe your acting journey? I guess you hadn’t intended to become an actor before.

I had come to Mumbai for a different reason. I wanted to create my own identity. I thought of being a cameraman. I started off by doing a small role in a play. Then I became an assistant director for Satish Rajwade, who was also in his initial days. But then I realized that assisting is a thankless job. Plus, I was facing financial issues at that time. So I started acting in the play All The Best as a replacement. This started off my acting journey and slowly I ventured into films.

I am doing Kranti Redkar’s Kaakan. It is complete since 10 months but the release date is yet to be fixed. Four and a half years back, I had acted in a film by Gajendra Ahire. It is ready for release now and I have started its dubbing. I also have Viju Mane’s Chuk Bhul Dyavi Ghyavi. But my biggest upcoming flick is Nikhil Mahajan’s Baji, which is releasing on February 6 next year.