Amol Parchure is one of the few star media persons in Marathi fraternity. He started out as a TV journalist & film critic & today he has shifted to web content. Amol Parchure is being associated for two consecutive years with Mumbai’s prime international film festival MAMI. He is the curator of ‘Marathi Talkies’ section under MAMI & has selected different Marathi films that were premiered & screened at the festival last year & the films which will be screened & premiered at MAMI this year.

Jio MAMI 19th Mumbai Film Festival with Star 2017 is India’s premiere film festival. It showcases the latest cutting-edge, independent cinema and art house films alongside genre movies from Bollywood, Hollywood and also cult international movies. They offer the best of world cinema to the people of Mumbai and they offer the best of Indian cinema to the world. The 19th edition of the festival will be held from 12th-18th October, 2017.

What is your strategy for selecting Marathi films for MAMI? What is it that you look for in those films?

Last year was the first year of ‘Marathi Talkies’ in MAMI. This is an independent segment & has nothing to do with other competition sections or other sections of the festival. For example last year ‘Kasav’ was premiered at MAMI. But it wasn’t in the ‘Marathi Talkies’ section. It was in the other competition section. These individual entries of Marathi films are not connected with ‘Marathi Talkies’ section. In the last few years not many Marathi films had made it to film festivals, hence the director of the festival Anupama Chopra & creative director Smriti Kiran felt there is a need for a Marathi specific segment in MAMI. So in this way I got associated with ‘Marathi Talkies’ as a curator. They gave me full freedom to pick movies of my choice, even if they had been shown at MAMI earlier.

So last year my priority was to choose those films made in the past 3-4 years, who haven’t been that successful on box-office & are still good films. Moreover these films weren’t available on any dvd/online mediums for the audiences to watch! Rajwade & Sons, Vakratunda Mahakaya & Bioscope were the films selected last year under the ‘Marathi Talkies’ section. And the hugely successful ‘Ventilator’ premiere was also organized. This year around 5-6 Marathi films will be screened under ‘Marathi Talkies’. 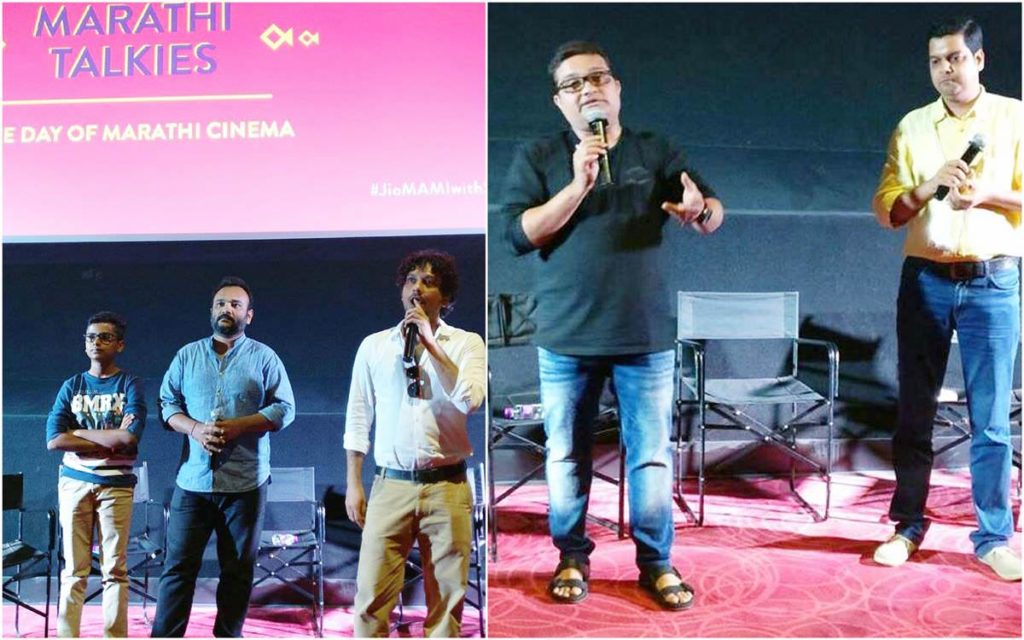 Which are the films selected under ‘Marathi Talkies’ this year?

I can’t reveal the names as of now because MAMI is yet to make an official announcement about it. But I’ll definitely tell you that this year too I have selected those films which won’t easily be a part of the festival. Three films selected for this year have already been released & the other three films will be premiered at MAMI this year!

How is your overall experience of being associated with MAMI?

Last year was my first year with MAMI & Marathi Talkies. Actually I wasn’t sure about the films that I have selected as I thought they might not appeal to the festival audiences. Last year when the first film in Marathi Talkies was to be screened a Hindi film was screened a day before which had around 25 people, so I expected a similar response to Marathi Talkies. Moreover the Lokhandwala region isn’t famous for having a Marathi audience. But later I realized that these aren’t just ‘Marathi’ films they are a part of different films that are screened from around the world & to my surprise the response was great. Around 75% of the audiences were non-Marathi.

Tell us about the Q & A under Marathi Talkies last year.

During the Q & A for ‘Rajwade & Sons’ Atul Kulkarni, Mrunal Kulkarni were present. After listening to the questions asked by the audiences present over there I was in awe of the audiences & their understanding of cinema. There was a south Indian family that came from America coincidentally they were in Mumbai during MAMI. The old couple loved the family shown in ‘Rajwade & Sons’. They said they weren’t aware that even such films are made in Marathi. 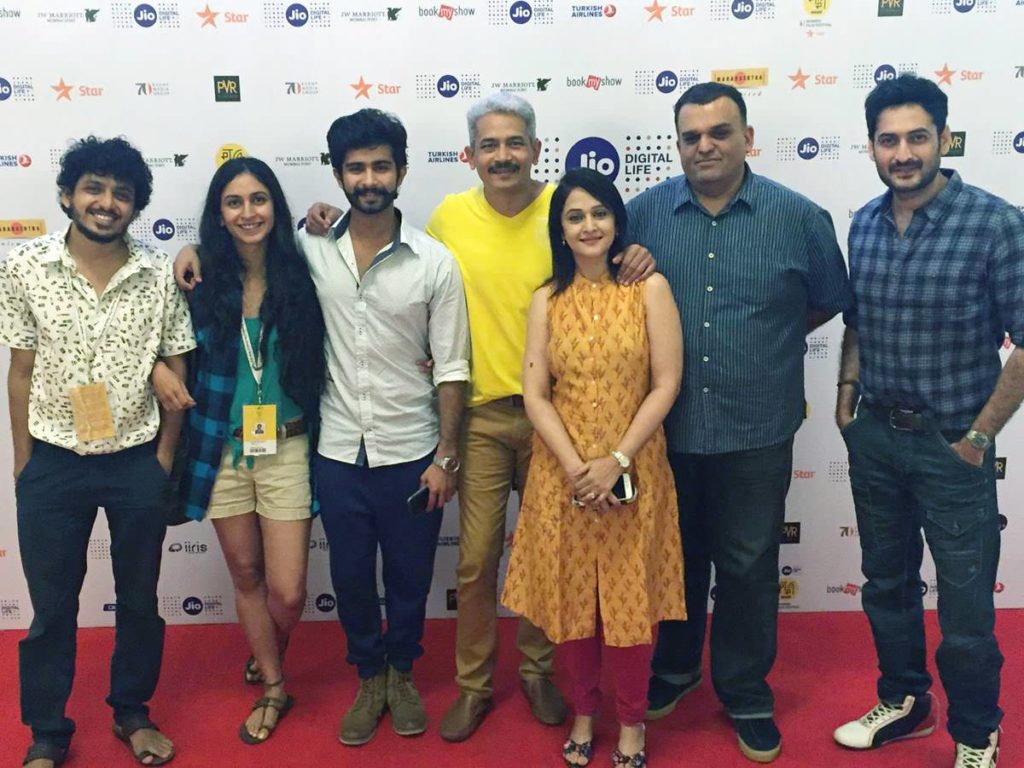 So in a way our commercial Marathi films got a window to showcase them to the world.

Yes. In fact there was a woman who came from a different international festival who saw ‘Vakratunda Mahakaya’ then & there she met Punarvasu Naik (director of Vakratunda..) & asked him if the film can be screened in their festival! Then Ravi Jadhav was present during the screening & ‘Q & A’ of ‘Bioscope’. All the audiences were thrilled after watching ‘Bioscope’ & realized how good Marathi cinema can be. Usually Marathi cinema is considered as rural cinema & hence I avoided those films last year for Marathi Talkies. The same was the case with the premiere of ‘Ventilator’. A lot of crowd was waiting outside the theatre who wanted to watch the film. Rajesh Mapuskar (director of Ventilator) even said that he was reminded of his days in MAMI as a film lover.

What new are you doing this year in ‘Marathi Talkies’ at MAMI?

Previously I had the mindset that I am not really attached to MAMI. But last year when I attended the festival I got a different picture. Now the festival has grown all over Mumbai. Along with Andheri films will also be screened at different PVR’s at Lower Parel, Kurla & Thane. There are many film enthusiasts & strugglers who actually live in Andheri for them in particularly MAMI is a treat! When all these different audiences seat for hrs in lines, I feel we do have a culture of watching such films.

Moreover MAMI also started the MAMI film club that screens films all around the year. And because of that these audiences are connected with each other & the festival. I also think that MAMI is important in creating new directors. This year Nagraj Manjule will be judging one of the sections of the festival & the film enthusiasts can also learn from him during their interactions.