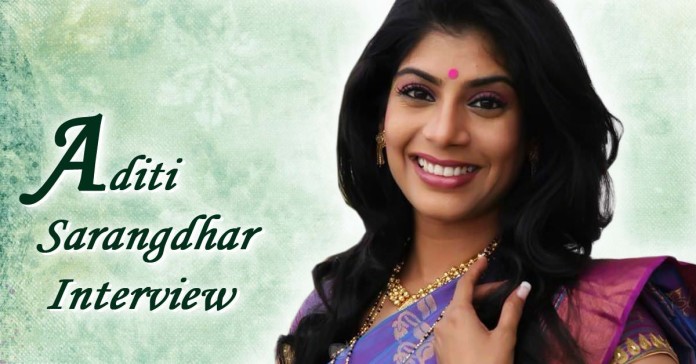 Aditi Sarangdhar, the leading actress of Marathi film industry is popularly known for her recent character of Saloni Deshmukh from ‘Lakshya’ serial. Aditi is very much passionate about acting and she is a talented actress. Her ‘Proposal’ and ‘Graceful’ play got an awesome response from audience. It absolutely proves that she is an outstanding performer.  Now she is giving us New Year treat on 1st January of 2016, she is coming in her upcoming Marathi movie ‘Mohar’ directed by Vijay Patkar. Here is our conversation for you all. Take a look-

First of all tell us about your role in upcoming Marathi movie ‘Mohar’.

I am playing the role of woman who is working on the furnace brick and living the simple life with family.  Family is expecting just basic happiness and nothing more than that. But suddenly their life took an unexpected turnover and this situation destroys their happy lives. This movie shows how this simple living family suffered from depression.

This is an interesting role of mine and I am working without makeup on screen for the first time.

Truly I admire Vijay Patkar sir who is the king of comedy but now he is the director of Mohar movie and he is such a sensitive man. I loved working with him.

Serial Lakshya, play Proposal and Graceful and now this movie ‘Mohar’ how did you managed this schedule?

Fortunately I metgood producers. Lakshya’s producer Aadesh Bandekar-Suchitra mam, Graceful’s producer Anuradha Wagh and Proposal’s producer Kalpana Vilas Kothari supports me a lot. Just because of them it has been possible to learn some different things in my 13-14 years of career. 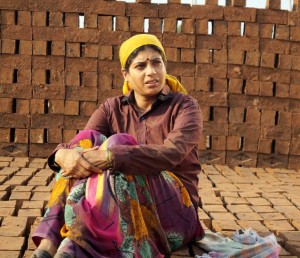 Which medium is close to you and comfortable for you Serial-Drama-Movie?

I love to work with all these three media. In theater immediately gets appreciation from audience. There is no second chance or retake. Audience can quickly observe what’s wrong and what’s right. Of course, Chukila Maafi Nahi.

Mohar is coming in the first month of the New Year what are you exactly feeling?

I am feeling great and proud that my ‘Mohar’ movie is coming with Nana Patekar sir’s and Mahesh Manjrekar sir’s movie ‘Natsamrat’. I really respect the ‘Natsamrat’ movie.

Is Inspector Saloni Deshmukh from Lakshya and Aditi Sarangdhar having same personality?

*Laugh* No, Saloni is dashing and strong woman and Aditi is common girl, wife who is always work in home just like normal woman. But I have played many roles of strong woman.

Have you ever thought about to plan any resolution of 2016?

I haven’t done anything special in this year and did not pay much attention to health and fitness.  Now my resolution is “I am going to lose weight and will stay fit.”