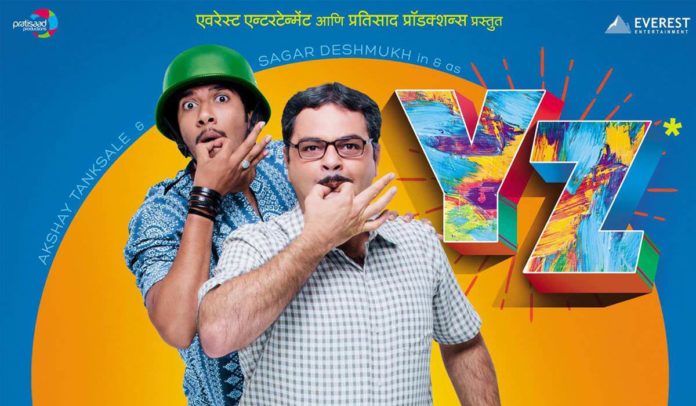 A film with a naughty name like YZ was bound to have a poster like the one released. The title of the film had caught the attention of film enthusiasts on social networks and now the poster has further increased the buzz regarding the film.

As you can see the film has the alphabets Y and Z in English on them. The letters are splashed with wacky colours and it probably signifies the mood of the film. It indicates that we are in for a crazy ride. The poster has been popular on social media and has further deepened the curiosity about the film. The poster was launched at Siddhivinayak Temple in Mumbai. The film has been produced by Sanjay Chhabria of Everest Entertainment and Anish Jog of Pratisad Productions.

Now, the duo of Sameer Vidwans-Kshitij Patwardhan has till now given us a number of quality films and plays. Their film Double Seat last year had been hailed by the masses and classes alike. Time please too was a popular film. Their work has mostly been about the everyday struggle of people but at the same time have a splattering of gentle humour and endearing characters. 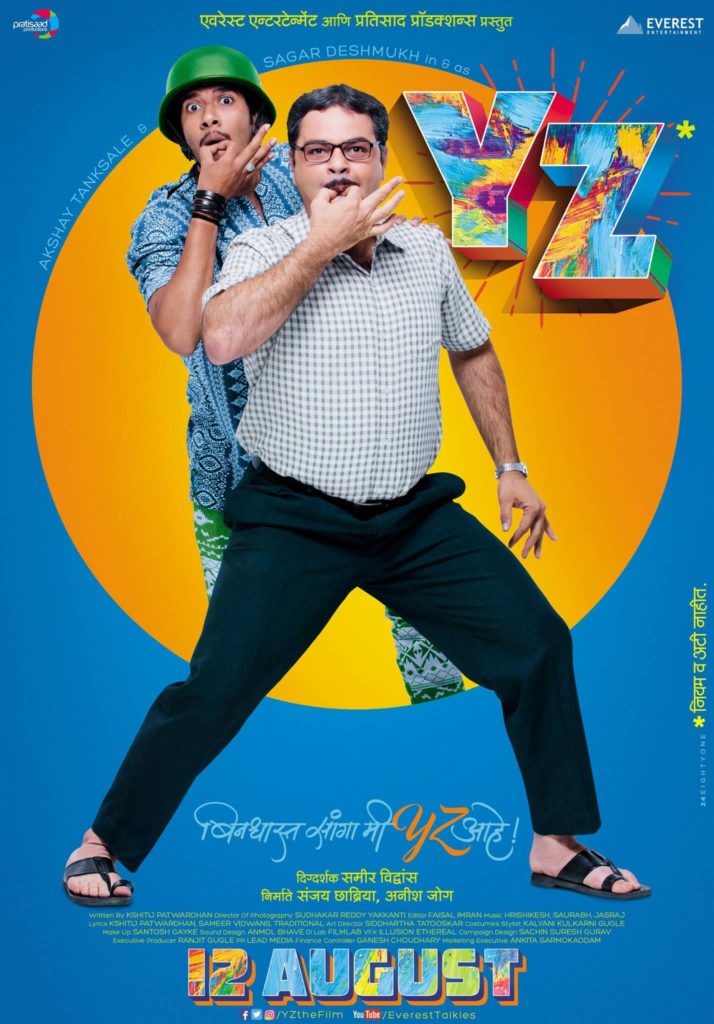 So given the people behind the film and its poster, there is naturally a curiosity regarding the cast of the film. Also, our sources have told us that the film would appeal not only to the youth but people of all age categories and the usual deduction of the term YZ wouldn’t be the same post watching the film.