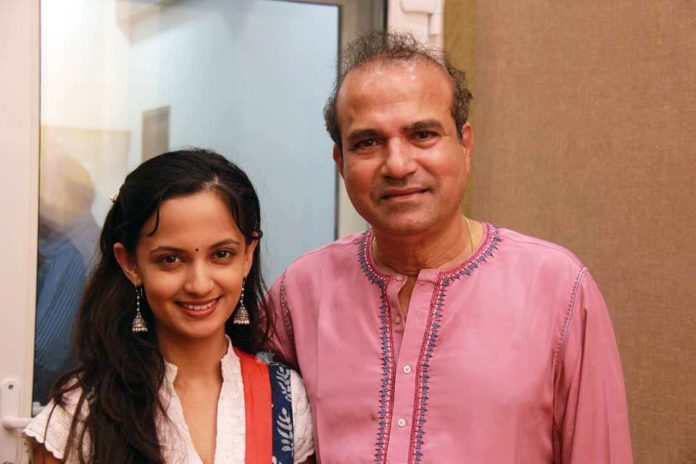 Ketaki Mategaonkar – the darling of Maharashtra – first caught everyone’s eye with her singing as a child. Her gifted voice won the hearts of many. Then she gained even more popularity with when she played the elegant and demure ‘Shirodkar’ in the film ‘Shala’. Ketaki soon became the girl young men of Maharashtra dreamed about.

Such is her fan following that when she tours Maharashtra for her concerts and other promotional events, many times the organizers have a tough time controlling the crowd. Now, after making a place in the hearts of people with her voice and acting, the talented young girl has turned composer.

Ketaki has composed an abhang – Hari Darshanachi Odha, that has been sung by veteran singer Suresh Wadkar and arranged by Abhiram Bhadkamkar. There is no doubt that Ketaki in her composer avatar is going to get even more love from the people of Maharashtra.