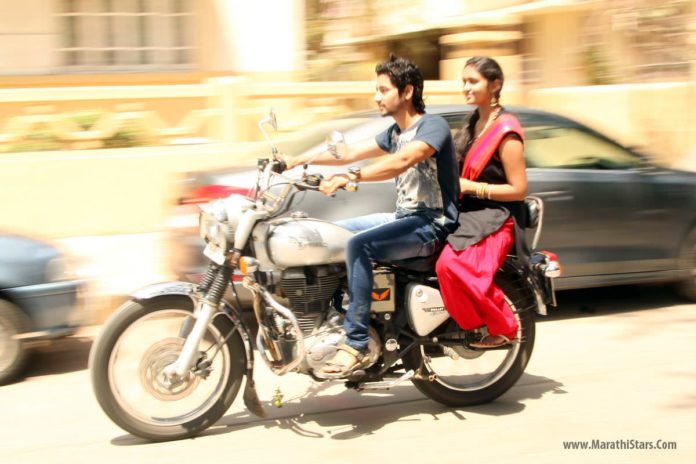 The Sairat Team has been very busy with the promotions, yet the young faces of the film have been enjoying immensely. Many people are surprised by the way Rinku Rajguru– female lead has been seen driving the bullet bike in the promos. That is a effortless and very cool way to ride a bike.

The young pair was giving an interview for TV channel at the Dadar Chowpatty and during this interview Rinku and Akash enjoyed bike riding at the beach. The pic was taken by famous photographer Prasad Naik.