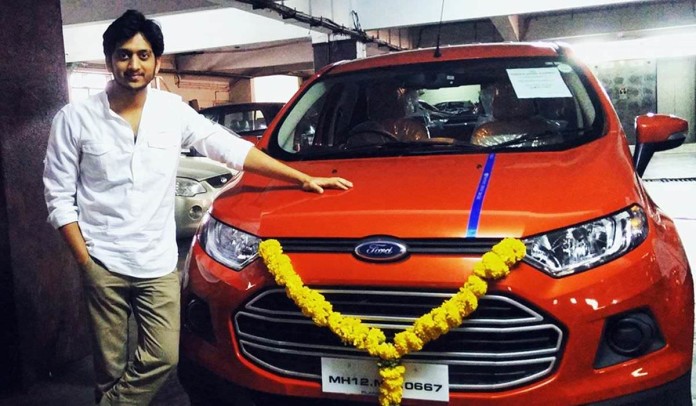 Amey Wagh aka Kaivalya from DDD recently purchased his first four wheeler Ford Deco Sports. The actor announced on the social media with a savvy pic of himself with the car “Happiness in the life of a boy from a Marathi middle class family! His first car ! ‪#‎fordecosport‬”

This talented actor became a household name with his supercool portrayal as Kaivalya Karkhanis in Zee Marathi’s series Dil Dosti Duniyadari is on cloud 9. After getting good reviews for his acting skills in theater and TV, Amey’s next release will be black comedy Ghanta.

Amey is a pakka punekar and even after achieving tremendous success on the small screen identifies himself as a boy from Marathi middle class family. Amey has always been more interested in doing theater and not very keen on daily soaps.

We truly wish all the best for this cute dimpled actor for many such achievements to come.