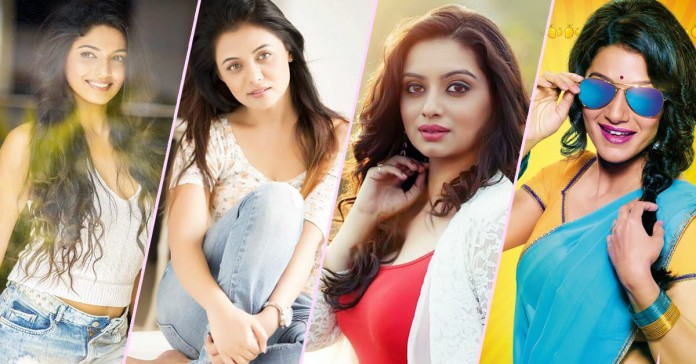 What is Resolution? Resolution is the sweet kind of word which is made to be fulfilling what we have decided with our heart and mind. Resolution is the solution of problems, in this resolution we decide to such thing which will never be happened in normal life days, but we will try hard to complete those planning because that planning are made in the concept of ‘Resolution’.

Resolution is a promise between us and our heart, so how can we dare to break resolutions. Here are the some promises that are made to be complete. We have the some leading womanpower’s resolution of Marathi film industry. Just take a look these resolutions will make you to make your own Resolution.

Actress- Pooja Sawant :
Will take care of work and health as well 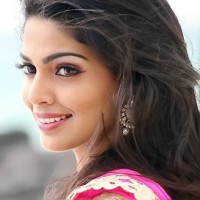 This coming new year will be busy for me because my two movies has plan  to release in 2016 and one of them  is ‘Vrindavan’ which will be releasing on 5th February.  As an actress, my attention is going to be more solid and impressive.  I have signed many movies in this New Year and I am going to be very busy in work  that’s why I will take care of my health too this is my resolution. 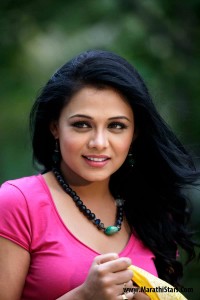 I am working in industry from last few years. My career took best in right time and opportunity which took me towards success. 2015 is the greatest example of this and now I am waiting for 2016. I don’t make New Year Resolution in fact I prefer diary writing. I mention 10 things to do in it and I concentrate towards completion of these 10 things. Some things get done and some are not. This makes me alert where I need to give more attention. 2015 was so lucky for me because in this year people actually started recognize me through ‘Mitwa’ And ‘Coffee ani Barach Kahi’ and now this success is going up in New year through ‘Mr. & Mrs. Sadachari’ film. I hope audience will like my acting in this film. 5th January is my Birthday and it always makes my New Year special so I am always excited for New Year.

Actress- Shruti Marathe
I prefer to do small goal than resolution 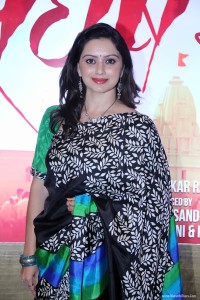 At the beginning of the New Year we all think about resolution but at some point we don’t complete, that’s why I think we should do small goals so we can complete those goals in one year.  I follow this funda and the important goal for me is to take care of health.  In 2016 there are some movies which are on the way to release and some of the movie’s shooting will start. So this will be a busy scheduled for me and in this I have given more attention to fitness and physical strength.  ‘Bandh Nylon Che’ releasing in this year and one of my Hindi movie’s shoot also has started.

In 2016, Guru is releasing on 22nd January and from this medium my prestigious journey will be start.  So the beginning of the year will be very special.  I will also take care of not to waste water.

I and Adinath went to Marathwada for some reason and I was shocked when I saw the drought situation.  My resolution is I will save as much water as possible.

Dancer, Actress – Aditi Bhagwat
My Resolution: Save Water And Clean My Area
I usually don’t make resolution as it’s simply another day for me. We decide so many things in life but it’s not become possible to follow everything. So I prefer to make resolution step by step. As far as the current situation concern I will make the resolution that I will save water and I will try my best to keep my area clean. In this coming New Year my first film is going to release so I am eagerly waiting for 2016. Shasan which is going to release on 15th January 2016 and 18th January is my birthday so these two are most important things this new year. Gajendra Ahire directed Shasan is my first film as actress and I have got very challenging role. People will see me as an actress and not as dancer.

Singer – Neha Rajpal
This New Year will give me Twin FUN
New Year has always brought excitement and happiness. This excitement is going to double this New Year 2016. Every year is of new resolution for me. My heart always motivates me to do new things and I try my best to fulfill it. In this coming New Year I am planning to start my music academy and also going to start charity hospital so I can continue my medical studies. Even in 2016 Neha Rajpal Productions produced Photocopy will release and I hope it will get great success. 1st January is my wedding anniversary and we always go for outing on this day but now post production work of Photocopy is going on so we are in Mumbai only. I am going to enjoy this twin FUN with audience.

Singer- Yogita Chitale
Resolution of working hard n hard
Instead of making New Year Resolution I believe in planning of New Year. My shows will continue in next year also, I wish I give my best to best through these shows. Recently my successful show done in Kuwait with Nachiket and Guru Thakur. In month of April we have show in Amsterdam for European Marathi Union. This is going to be my big project this year. In 2016 my upcoming film Mumbai Time is going to release in start of New Year so I am excited about it. This was my first experience of music direction. I am going to do Music direction of various films in this coming year.

Actress- Reena Valsangkar-Agarwal
I, myself will try for ‘Swwachha Parisar Sundar Desh’ campaign 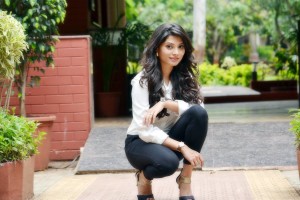 In New Year we all make a plan of resolution. I also make the different resolution in every New Year and try to complete them, this time I will try for the campaign ‘Swwachha Parisar Sundar Desh’ and will also motivate the others to help our city to keep clean and beautiful.   Everyone should work with unity to keep our surroundings clean, and I think we should start this first from our home.  Besides this, in coming New Year I will concentrate on Marathi and Hindi the small and big screen projects.