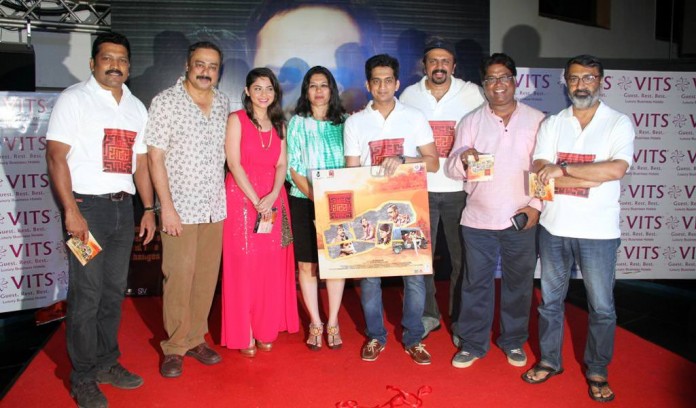 A Malayalam box office smasher Shutter, has been remade in Marathi by V K Prakash. Recently music for this film was released in a grand event. The film stars Sachin Khedekar, Amey Wagh and Sonalee Kulkarni. The film will hit the theatres on 3 July.

For Shutter, music is given by Pankaj Padghan and lyrics are by Mangesh Kangane and Ashwini Shende. The album also features song by Gust band by Rohit Raut. Director VK Prakash has earlier done movies in Kannada, Malayalam, Telugu, Hindi and English. Many technical crew members also hail from Malayalam industry.

Shutter is a story of a middle class person stuck at a place with four persons for 24 hours. The film is shot without any set with the use of two camera setup. The film is produced by Sanjeev MP and Prakash Bare. Screenplay and dialogues are written by Manisha Korade. DOP is KK Manoj and editing is done by Bhakti Mayalu.