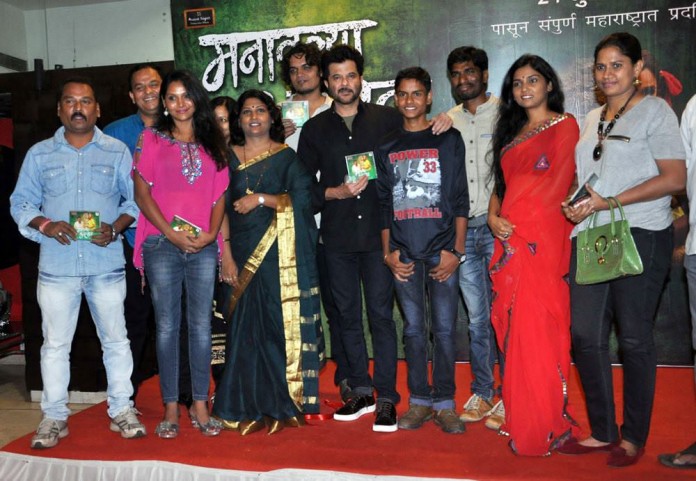 ‘Manatlya Unhat‘ directed by Pandurang Jadhav launched its music by Anil Kapoor with the presence of the entire cast and crew. Also gracing the occasion were actress Usha Jadhav and Maharashtra Chitrapat Mandal chief Vijay Patkar.

Anil Kapoor commented that the film has a different subject and the songs in the film are very melodious He also praised actor Kailash Waghmare for his brilliant acting n the film. 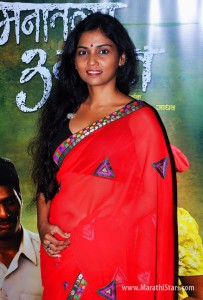 The film is about the children of today who have their own dreams and pursue them fully but is it affecting their relationship with their parents.

Actor Kailash Waghmare said, ” I am playing a character from the age graph of 20 to 65 years and I tried to imbibe their nuances in the character and how unforeseen incidents happen in the life of a common man and how he faces them with great resilience.

The film has a story by IAF officer Sanjay Patil and screenplay dialogues by Vidyasagar Adhyapak and Pandurang Jadhav. The film stars Kishore Kadam, Sameer Dharmadhikari, Ruchita Jadhav, Nagesh Bhosle, Mitali Jagtap, Chhaya Kadam, CHILD STAR Hansraj Jagtap,Manthan Patil and Avshiksha Patil, The film has one song with lyrics by Vishwaraj Joshi and composed by Rahul Mishra and sung by Adarsh Shinde and Ranjana Jadhav Mane and the background music is by Ashwin Srinivasan and DOP is Nagraj Diwakar and editing is by Nilesh Navnath Gawand.
The film will release on 24 July all over Maharashtra..