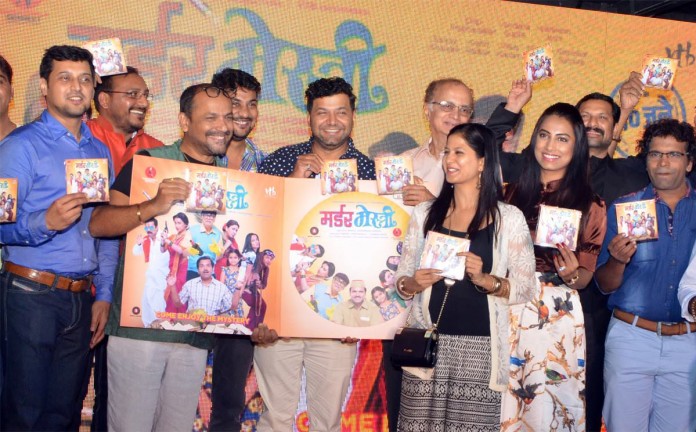 The music launch of Marathi film ‘Murder Mestri’ was recently held in a grand manner with lots of enthusiasm at a suburban hotel in Mumbai. ‘MansiNaik’ enthralled the audience with her electrifying dance moves. Many prominent personalities from film industry were present for this event.

Music director Pankaj Padghan has composed the music of the film. There are three songs in the film which are penned by lyricist Guru Thakur and Mandar Cholkar. The songs Sanshaycha Kida and Jivala Lagla Ghor are sung by singer Adarsh Shinde. Veteran singer Asha Bhosale who has created a special place in the heart of the audience has crooned a song Alimili Gup chilli Chidichup in her magical voice. 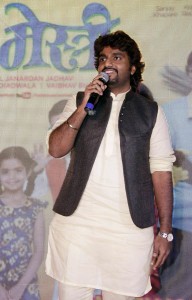 ‘Murder Mestri’ is Produced by NadiadwalaGen Next Productions and VTB enterprises is the debut Marathi film of the noted Bollywood producer Abrar Nadiadwala. Noted cinematographer Rahul Jadhav has handled the dual responsibility of direction and cinematography of the film. The star cast of the film includes eminent actors from the Marathi film industry such as Dilip Prabhavalkar, Vandana Gupte, Hrishikesh Joshi, Vikas Kadam,Sanjay Khapre,Kranti Redkar,Mansi Naik,Kamlakar Satpute et al.

The secrets in the ‘Murder Mestri’ will be unfolded in front of the audience on July 10th.