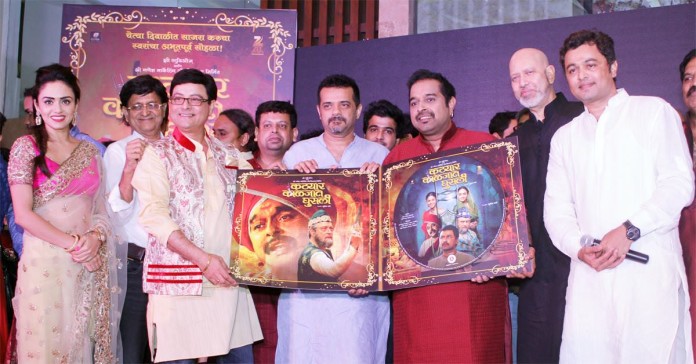 Katyar Kaljat Ghusali– a film directed by Subodh Bhave has already been in the news for its awesome music. Soor Niragas Ho by Shankar Mahadevan and Dil KI tapish by Rahul Deshpande are already becoming popular among audience. The complete album of 20 songs for this film was launched recently in a grand event. The entire cast and crew of the film was present for this music launch ceremony. 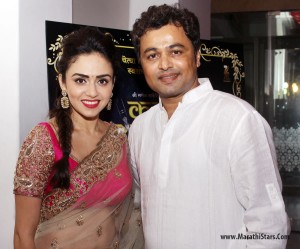 Katyar Kaljat Ghusli has been a mile-stone for Marathi theatre. The play was written by Purushottam Darvekar and its immortal music was composed by Pandit Jitendra Abhisheki. Actor-director Subodh Bhave has turned this play into a feature film. The film stars Sachin, Amruta Khanvilkar, Subodh Bhave, Sakshi Tanvar, Mrunmayee Deshpande and Shankar Mahadevan in leading roles.

Subodh Bhave said on this occasion, “Though this film is based on the play, this is a new approach and should not be compared to the original. Along with the songs from the play, the film also has some new songs. I am sure people will love these songs equally” 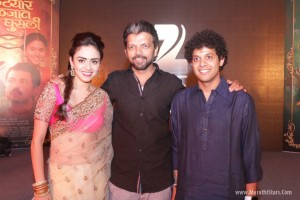 Shankar Mahadevan commented that he is emotionally involved in this project due to its music. “I have always been passionate about Marathi Sangeet natak. It was a challenge for me to compose music for this film, which will be having songs composed by Pandit Jitendra Abhisheki as well. The soul of these songs is spirituality of classical music. Maintaining that spirituality throughout the film was a herculean task for us.”

Ehsaan Noorani, another composer for the music has expressed that even today’s generation will love this Indian Classical music. “This is our first film where we have composed classical music. Our love and passion for classical music has made us to work really hard on this project.” 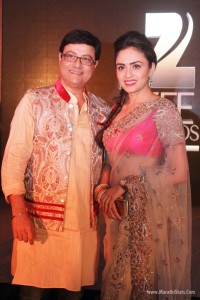 The album features twenty songs and singers include eminent names like Mahesh Kale- disciple of Pandit Jitendra Abhisheki, Bollywood singers Arijit Singh, Divya Kumar, Sawani Shende. Highlight of the album are the voices of Rahul Deshpande- grandson of Pandit Vasantrao Deshpande and renowned classical singer and Shankar Mahadevan. The lyrics of this film have been penned by Prakash Kapadiya, Sameer Samant, Mangesh Kangne, and Mandar Cholkar.
The film will release on 12 November all over Maharashtra. 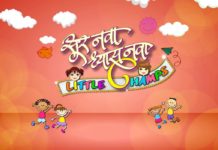