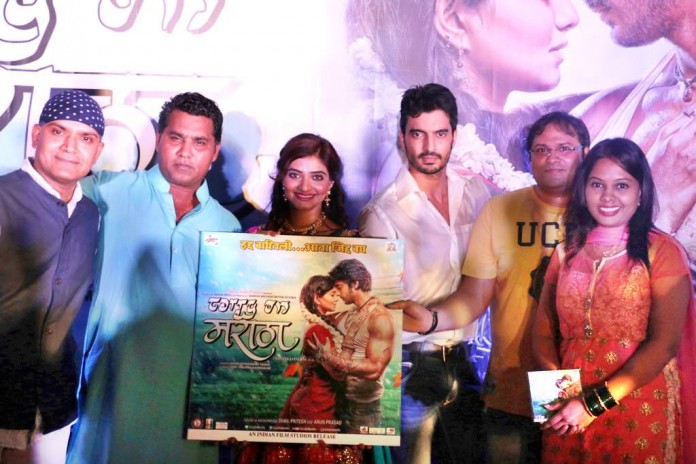 Carry On Maratha, a love-story packed with action and dances, released its album in a glamorous event recently. The highlight of the evening was performance by Gashmeer Mahajani and Kashmira Kulkarni- leading pair of Carry On Maratha. This is a sweet and simple love story of a Marathi boy and Kannadiga girl. How this couple overcomes this cross-border hurdles will be seen in this film. 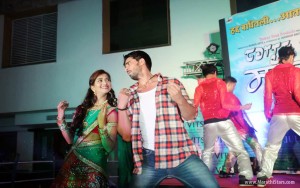 The music for this film has been given by Shail Hada and Pritesh Mehta. The album contains songs for various moods. Foot-tapping Malhar Martand Malhar, Jagalagant and melodious romantic tracks like Sobane So Ennire and Mann Jaaee jithe, navalai tithe are sure to attract listeners’ attention in this album. Guru Thakur, Ashwini Shende, Mangesh Kangane, Hridaya Shiva have written lyrics for the film. Shreya Ghoshal, Adarsh Shinde, Vaishali Bhaisane Made, Shail Hada and Urmila Dhangar have lent their voices as playback singers. Choreography for these songs has been done by Raju Khan, Adil Shaikh and Sujit Kumar. 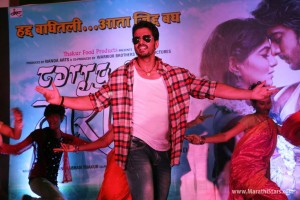 The film will be released in Maharashtra and Karnataka on 24th July.