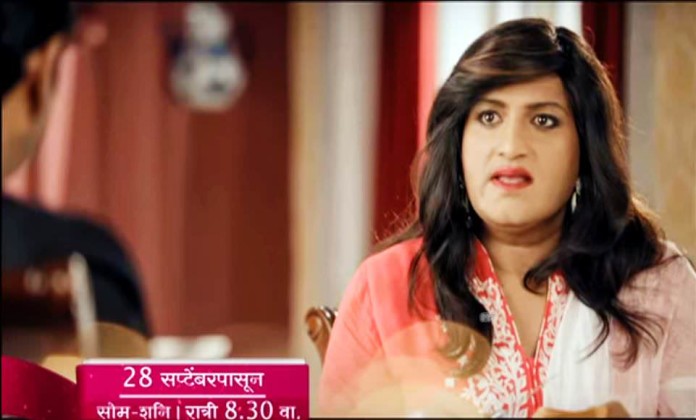 Coming on 28th of September comedy serial by none other than great actor Vaibhav Mangle. He will be shown in both male and female role. At home he is dominating husband and other side working in female role in another house and getting dominated by other men. After long time Vaibhav Mangle returns to small screen and surely he is going to entertain in his double role by his great acting.

So don’t forget to watch Mandar Devasthali directed “MAJHE PATI SAUBHAGYAVATI” from 28th September at 8:30 Pm only on Zee Marathi.