Ganpati Bappa Morya, a TV series narrating various tales of our beloved Ganpati Bappa will be airing a special episode on 11 February to celebrate Maghi Ganesh Jayanti on Colors Marathi. The episode will be aired without any breaks from 8:30 pm onwards. The Ganesh will be seen in his four-armed avatar for the first time in the series.

Ganesh will be seen passing through a forest where demons who were cursed by Shiva will be attacking Ganesh. The fight between these demons and Ganesh and how Ganesh appears as a Lord Ganesh. The special episode will be aired on 11 February at 8:30 pm on Colors Marathi TV. 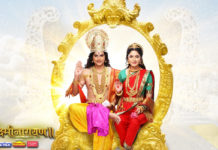