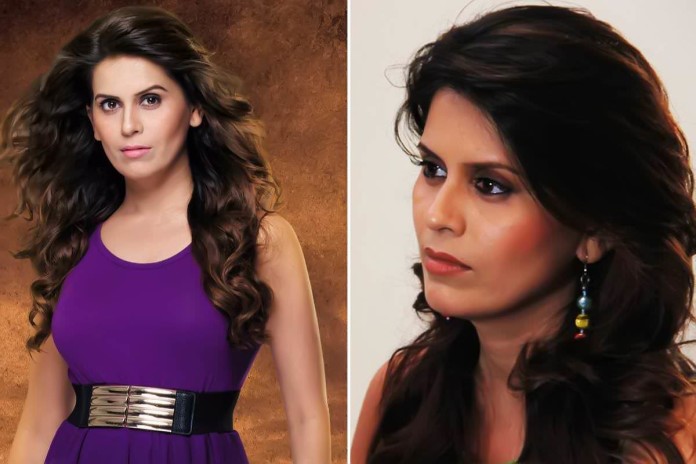 Here we are talking about one more interesting news about Hindi and Marathi cine industry actress Sonali Khare.  As we all know, she is the most popular face of both the film industry.

She started acting at very young age has impressed a niche for herself in the Marathi industry with her hard work and determination over the years.  Now she is coming with new thriller movie ‘7 Roshan Villa’ along with co-actors Tejaswini Pandit and Prasad Oak.

Earlier also she has worked in thriller movie ‘Savarkhed Ek Gao’ in 2004 and for this movie she has been appreciated for her performance.  Now she is all set to entertain audience once again with energetic performance in thriller movie ‘7 Roshan Villa’ which will hit the theaters on February 19, 2016.

The most awaited movie ‘7 Roshan Villa’ is a suspense thriller. The film has entered most of the leading international film festivals. Along with Tejaswini Pandit & Prasad Oak, Sonali Khare too will be seen playing a significant role.  From the trailer itself the movie seems to have dramatic twists & turns, highs & lows which are the hallmarks of the thriller category of movies. The full of life Sonali Khare proffers a role like never before in ‪the movie ‎7 Roshan Villa. With her elegance, style and zest for Acting, she definitely gives an edge to the film.

7 Roshan Villa is all set to scintillate the audience with the story, characters, plot, and the art of film making. Viewers are very much excited to see another thriller movie of Sonali Khare.