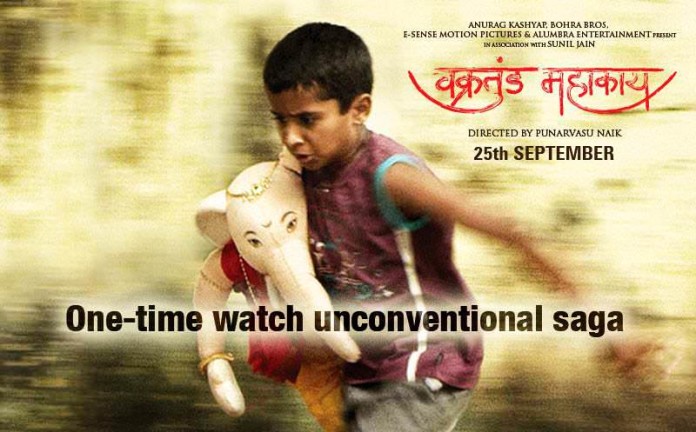 Due to the changing times in Marathi cinema, unconventional or experimental films are doing the rounds quite regularly these days. Debutant filmmaker Punarvasu Naik’s Vakratunda Mahakaya is another addition to the list.

But the bigger question is whether the film manages to impress and do justice to the genre. The answer to this falls in the affirmative but not in entirety. It is a one-time watch saga for the appreciators of unconventional cinema. 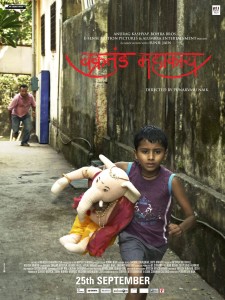 The film is about a toy Ganesh idol. Although it looks like an ordinary idol, it is certainly not because a bomb has been placed inside by a terrorist group. One of the members of the group (Vijay Maurya) is assigned the task of placing the idol inside a Ganesh temple. He somehow manages to do that.

However, things go horribly wrong after a poor kid (Naman Jain), who lives on the streets, gets hold of the idol. In no time, the kid gets deeply attached with it. On the other hand, the terrorist struggles to lay his hands on the idol. Circumstances ensure that the idol gets passed from one random person to another. Will the terrorists succeed in their evil mission?

The title Vakratunda Mahayaka suggests that the film is a religious one about Lord Ganesh. Although the God’s characteristics are featured here, the content is nowhere near to a religious film. It is an unconventional thriller with regular dose of humor; at times dark humor. The new-age visual narration with subtext and quirky humor are right out of the books of Anurag Kashyap, who is one of the producers. These factors keep you interested most of the times. 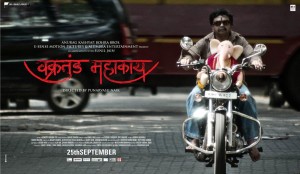 But given the subject and the interesting first half, the film should have achieved a lot more. The first half generates excitement. But the build-up hardly leads to further story development as the idea just keeps on dragging. The serious issue of a terror attack is treated casually with the motto of the terror group also being unconvincing. Also, the extra-marital affair sub-plot was unnecessary.

Some impressive work in the technical arena plays a large role in helping the film achieve a new-age status. Mitesh Mirchandani impresses throughout with his creative camerawork. The editing and background score too deserves similar praise. There is only one song in the form of the Ganesh Aarti, which is notable and suits the situation.

Naman Jain, the child actor, proves his talent in a role that was challenging. Vijay Muarya is very natural in the role of the terrorist. As per the need of his character, he succeeds in speaking through expressions. Usha Nadkarni, once again, is impressive and likeable. The actor playing co-terrorist also leaves behind his mark. Prarthna Behre, in the aforementioned extra-marital subplot, gets noticed despite playing a cameo.

Vakratunda Mahakaya is a one-time watch unconventional thriller. The film’s chances at the box office lie in the urban areas mostly.