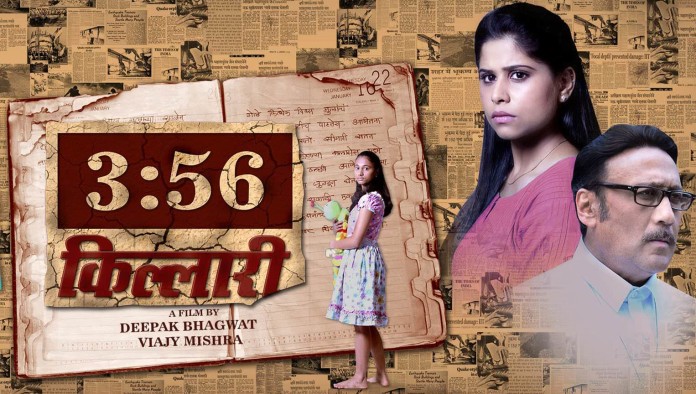 The promos of 3:56 Killari generated few questions. Is the film about reincarnation? Is it a horror story? But after watching it, none of these questions really matter. What matters is that this is yet another Marathi film this year that manages to find financers despite such content.

The story starts off when an adolescent girl Sharayu (Gauri Ingawale) is having a great time in a road trip with her parents until their car meets with an accident. Her parents are killed but she is saved. Her grandparents, staying at Killari, provide her shelter and care. At Killari, Sharayu gets strange and mysterious flashes at few places, which were destroyed during the 1993 earthquake. 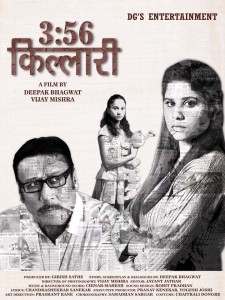 Her grandparents realize that it is best to send her to a hostel managed by a Catholic Father (Jackie Shroff), who is helped by a counselor (Saie Tamhankar). Will Sharayu find peace finally? Or is this just the start of a mysteriously scary tale?

Despite the lack of novelty, 3:56 Killari has an interesting and intriguing concept. However, it is presented in a poor and immature manner. Plus, the final conclusion leaves some important questions unanswered and makes you wonder at the basic intention of the story.

The film also has some major issue with regards to keeping the audience guessing. The main plot is revealed right in the initial moments itself, which becomes a spoiler. Hence, the audience just has to wait for further development. The wait turns out to be long and painful.

Long because of the boring screenplay and painful because of the irritatingly loud background score, which forces you to cover your ears at times. It is an outdated technique where loud noises are added in a scene where nothing much is happening, just to make the audience feel the opposite. And to accompany this is some juvenile use of editing effects.

Perhaps, the camerawork (Vijay Mishra) is the only saving grace. Had the shots not been so artistic, things would have been worse. The songs are nothing to write about.

Performances provide some respite. Gauri Ingavwale plays a difficult character with ease. She is surely talented. Saie Tamhankar proves she is perfect for the character of a counselor. Jackie Shroff makes a confident debut in Marathi cinema while playing the character of a priest. Shrikant Moghe, Rama Joshi, Pankaj Vishnu and Anurag Sharma provide decent support.

3:56 Killari has an interesting concept but the film fails in execution and presentation.