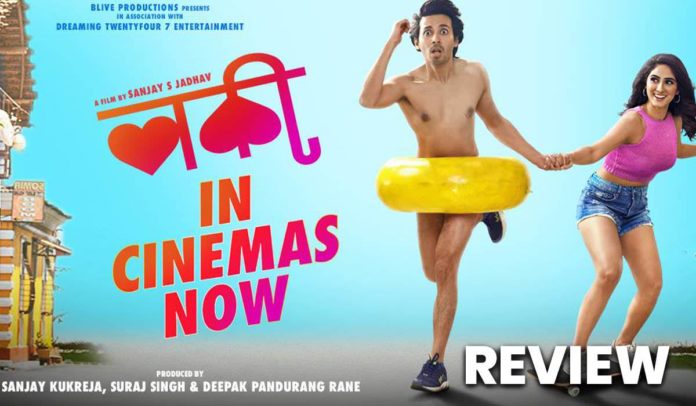 Viewpoint: Sanjay Jadhav again reinvented himself with ‘Ye Re Ye Re Paisa’ around one year ago, & he is absolutely exploiting the craft of cinema in every way! He carry forwards the same style here in ‘Luckee’. I mean again the cinematographer is over doing his cinematography, the background composer is overdoing the background score, the editor is completely going nuts with the pace of the film, the writer is overwriting, & the actors too are over acting! Everyone is doing their work with steroid injected over excitement, except the audiences! Who are bored & clueless.

Final Verdict: When simply looked as a story, Lucky truly had the potential to be a terrific entertainer with lots of social commentary, but overall the film is a chaotic mess because of it’s stylistic choices. Sanjay Jadhav again proves that he has potential but again he throws everything away with his obsession to overdo everything.