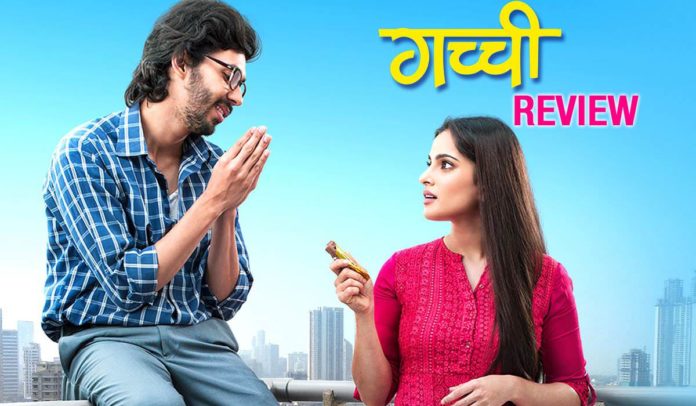 Remember that iconic scene from ‘Titanic’, “You Jump I Jump”. Very instantly that film established the relation between Jack & Rose & how it’s journey would be throughout the film. ‘Gachchi’ avoids any inspiration from this perspective. It’s just two people in crisis that meet & bond as just people! Not as hero & heroine! Yet the slow & steady build-up of chemistry between ‘Shri Ram’ (Abhay Mahajan) & ‘Keerti’ (Priya Bapat) is so organic & effective.

Abhay Mahajan as Shri Ram is a hit straight from the very first frame of the film. He gets one of the most inventive introduction scenes I’ve seen in Marathi cinema. Even without him speaking a word we understand who this guy is & what his conflicts are! Shri Ram is that kind of guy who gets bullied in the school for being a good boy. He is forever a ‘Mumma’s boy’ & to add to that he also represents all traits of a typical middle class Maharashtrian! Not to forget he suffers from Diabetes too!

On the contrary Priya Bapat’s Keerti is pretty basic & doesn’t enjoy a complete arc of character development. But that probably is done for a reason to keep the mystery of the character intact. As the trailer suggests the main conflict is the same. Keerti is about to jump from the terrace of a building & accidently Shri Ram notices her & then tries to convince her to not do something like that. And yes they are total strangers. But that building is the common ground for both. I won’t reveal much about why Shri Ram is there, but let’s say it’s a crisis situation for him too, one that is very well established in the first act of the film. 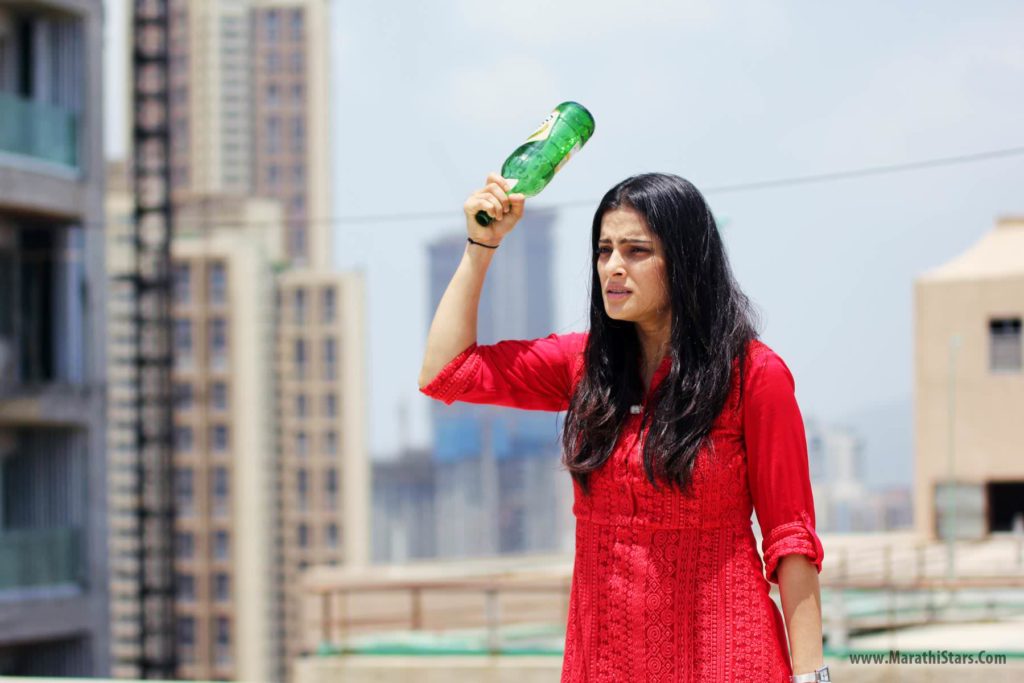 In this first act the senior actor Anant Jog gives a delightful performance, one of his finest! He plays a baddie, a person of power who doesn’t even forgive a rat (yes an actual rat) who bothers him in a ridiculously unique way!

One of the strongest points of ‘Gachchi’ is it’s natural flow of proceedings. It doesn’t seem like a made up plot & Keerti & Shri Ram both are people whom we care for! Even though the major portion of the film is set on a terrace, it never feels like a theatrical play. The fun of background music too contributes in making things interesting even when nothing substantial is happening, the film manages to interest us in many little things.

The performances of both Abhay & Priya are extremely natural! Priya Bapat after a long time proves that she can be completely herself on the screen & yet be the character she is playing both at the same time. Abhay Mahajan too was bating in his home conditions! If you remember Abhay Mahajan’s breakthrough role was in Hindi web series called ‘TVF Pitchers’ of ‘Mandal’. Mandal was not much different from Shri Ram except he was a cartoonish good guy, Shri Ram is more relevant in the real world.

The young director Nachiket Samant has definitely succeeded in his intentions of giving the audiences a light hearted entertainer which also lingers on a few serious notes. The one issue of the film is the way the conflicts resolve. This film has two equally important conflicts dealing with the two respective lead characters. By the end the two conflicts are intermingled & resolved without much opposition. The ease in the resolution of these conflicts makes us feel that the film has hurried a little. There’s another twist in the end which can actually be predicted earlier in the film.

Gachchi is a safe entertainer in every way. A film that can easily connect with all kinds of audiences young & old! And hence I believe it’s a perfect film to be watched with the whole family.