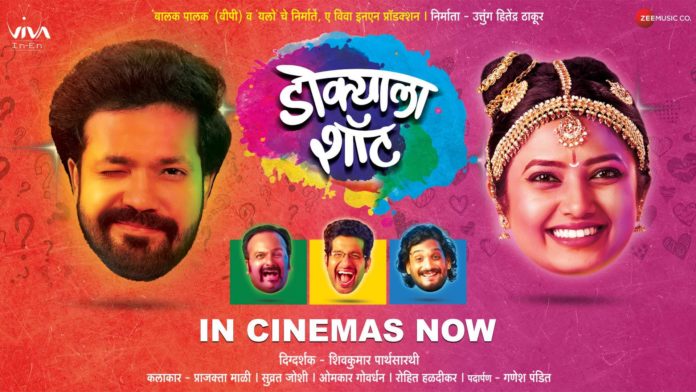 Viewpoint: ‘Dokyala Shot’ has a certain sense of novelty to it, because of it’s overall tone of comedy which mixes situational humor & slapstick humor together but the convenient turns it takes in the narrative are totally devoid of logic. Even if it’s intentional it keeps bothering us as more work on the script could have easily made the film lot more interesting.

Final Verdict: ‘Dokyala Shot’ surely deserves one watch as this is a fresh kind of humor for the Marathi audiences. While this film isn’t totally a great film the debutante director of the film Shivkumar Parthasarathy has shown a glimpse of his talent, which makes us anticipate for the movies he might come up with in the future.