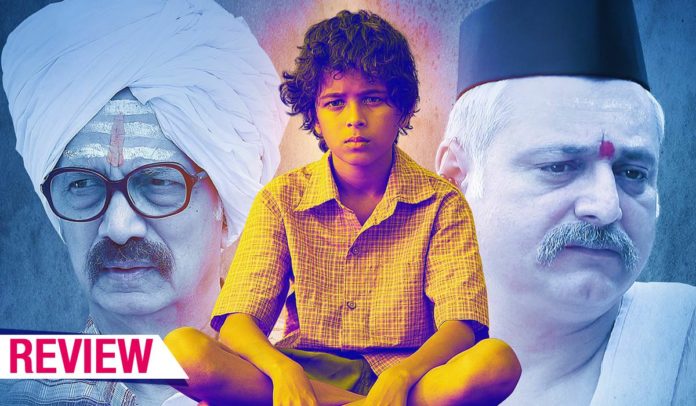 Dashkriya starts off on a highly dramatic ‘Dashkriya’ (10th Day Ritual of an deceased person) scene establishing Manoj Joshi as ‘Keshav Bhat’, an outright villain. Throughout the film no matter what the situations are ‘Keshav Bhat’ has been strictly projected as a villain, also in situations where he clearly classifies as ‘victim’. I agree that such scenes are few, but the point is that this film just doesn’t believe in ‘grey’. It feels to have a preconceived understanding of everything & has ruthlessly sorted the ‘black’ & ‘white’.

Another clear bifurcation is evident in the very next song sequence that follows the ‘dramatic’ opening scene. It’s the usual fun song for kids, alike countless others seen before in other films. There is nothing wrong with the song, but it’s placement itself is so baffling to the audience. It’s like you have to instantly change your state of the mind. And then this same exercise needs to be continued throughout the runtime! It’s like watching two different films at the same time, scene by scene alternatingly! One that follows the opening ‘drama’ & the other that is a ‘slice of life’ comedy! A better story teller could’ve chosen neither of the two & would have preferred a ‘dark satire’ instead! 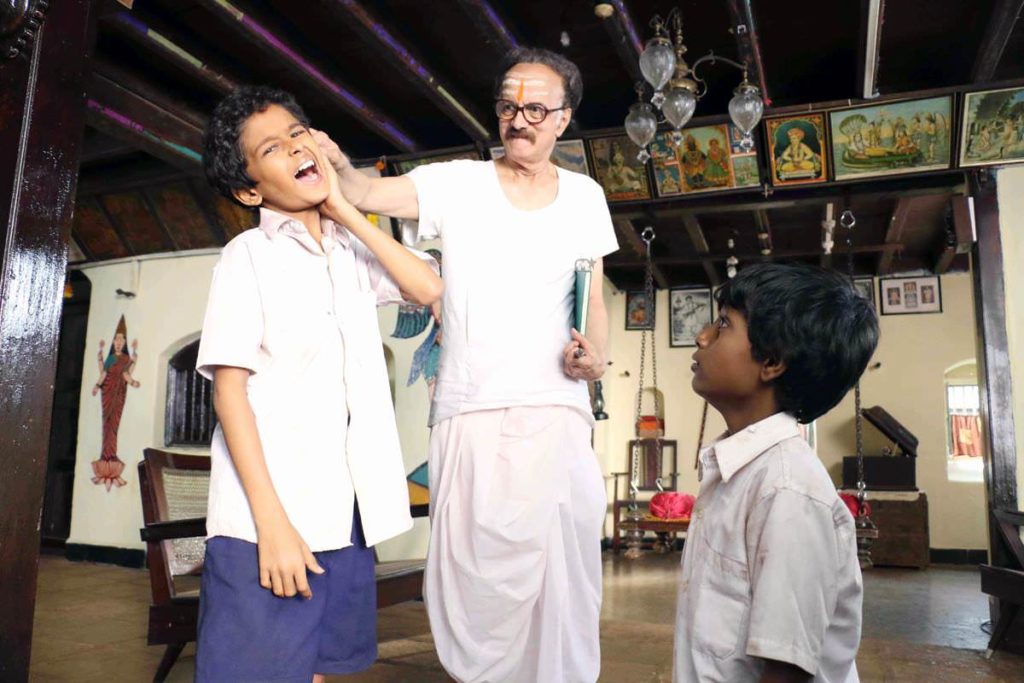 So is it just the treatment where ‘Dashkriya’ baffles, disappoints? No! The basic story itself is baffling. There are just too many things happening! ‘Paithan’ is the place where this story is set. Most of the men (Milind Shinde, Nandkishor Choughule & Santosh Mayekar) among the important characters are drunkards. A socially relevant subject is included here, that has nothing to do with the main conflict. Now these drunkards are a part of every social, religious activity in the village. They almost appear normal when they are sober. So in a way this makes us feel that everything’s fine with their lives. And hence the whole point of alcoholism becomes weak.

Then what is the main conflict? There are two plots in my observation one is a little boy’s story & another is Keshav Bhat’s story. This little boy ‘Bhanya’ (belonging to a lower caste) skips school & works on the river banks of ‘Paithan’ where tourists come to perform ‘Dashkriya’ for their closed deceased ones. The god men who perform these rituals belong to a specific sub-caste of ‘Kirvant’. Now Bhanya works with them as a apprentice of sort, there’s another weaker ‘Kirvant’ played by Milind Phatak with whom Bhanya has a better connect than with the powerful ‘Keshav Bhat’. Then there’s an elderly righteous man ‘Savkar’ played by Dilip Prabhawalkar. Though ‘Savkar’ has less to do directly throughout the film, he seems to be important only because he is played by Dilip Prabhawalkar, a veteran! 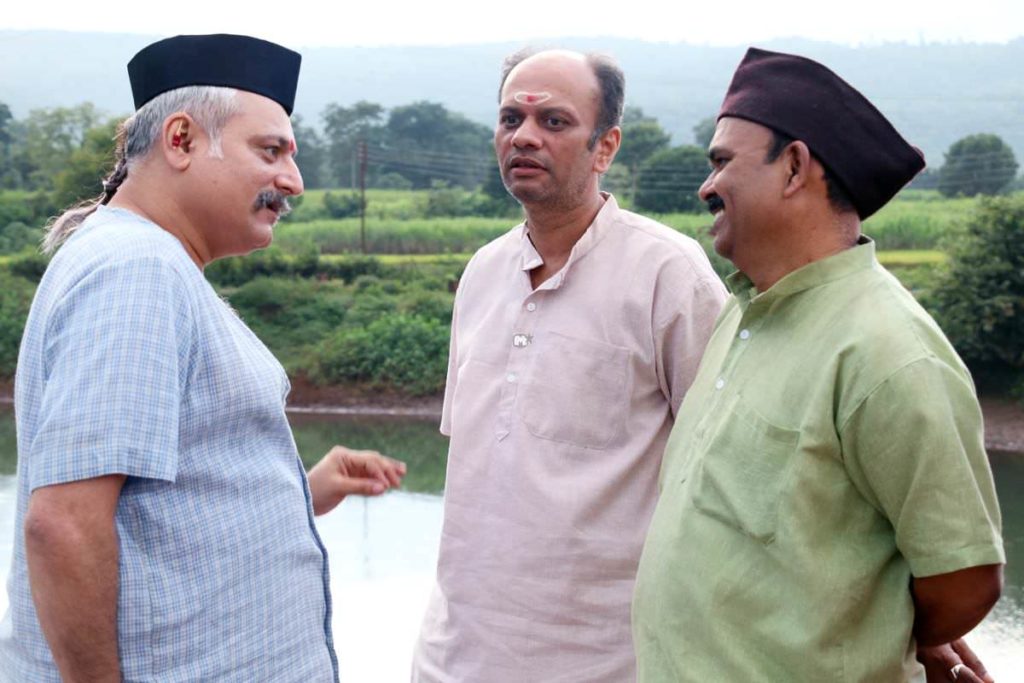 Many tourists that come to ‘Paithan’ are supposedly feeling exploited by ‘Keshav Bhat’. In a cameo Jaywant Wadkar plays a tourist & speaks how these god men are asking too much money. The thing is we never see what actually happened. We just see Wadkar confronting Savkar about it.

Bhanya’s mother is trying her best to make ends meet, her husband (Milind Shinde) does nothing substantial. At first she scolds Bhanya for skipping school but later she seems to be happy & proud about her son who starts earning a better sum working on the river banks! This shift of perspective has never been explained! Meanwhile ‘Keshav Bhat’ & his whole sub-caste where insulted in a social gathering by Savkar. Why? Wasn’t Savkar a righteous man! Even in this situation the background score suggests that ‘Keshav Bhat’ is the baddie! 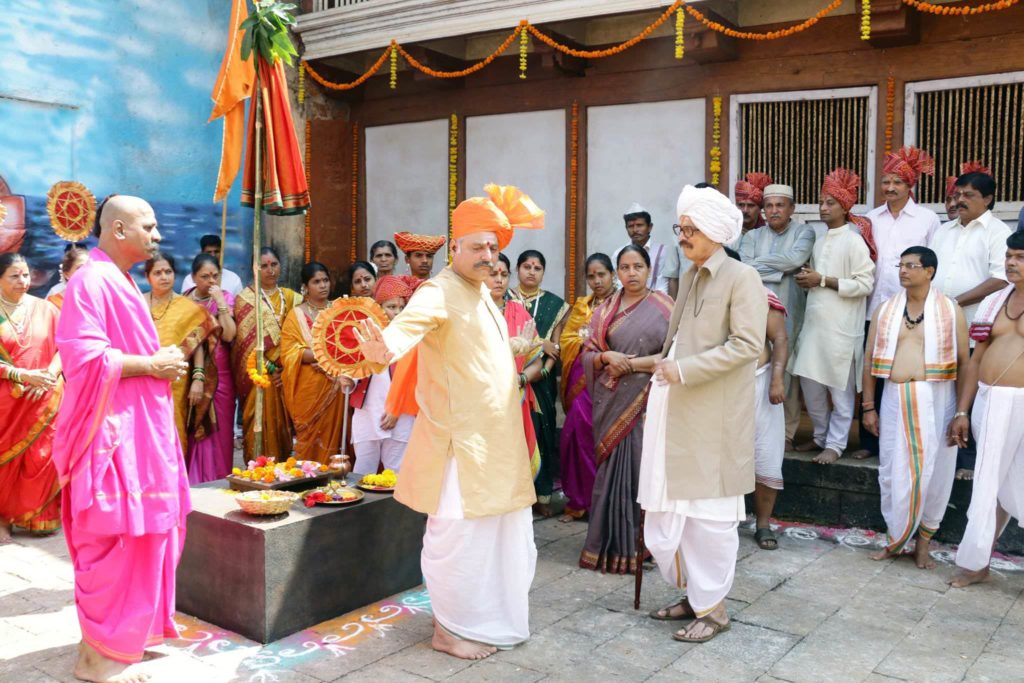 At the end of the film, bits & pieces of the two stories are hurriedly jointed & the climax is created, a climax which actually is a lot stronger than the whole film. That makes a strong social statement! But by then we are too much exhausted by the proceedings that came before. That statement makes sense to just the climax, not to the whole film. The whole film is a jumble if we try to make interpretations about social messages or statements.

Dashkriya is a missed opportunity. Had the film realized that the whole process is as important as the final statement, we could’ve got a more pure film. Dashkriya is polluted by a need to be commercially viable to all audiences, even at that it doesn’t succeed much.