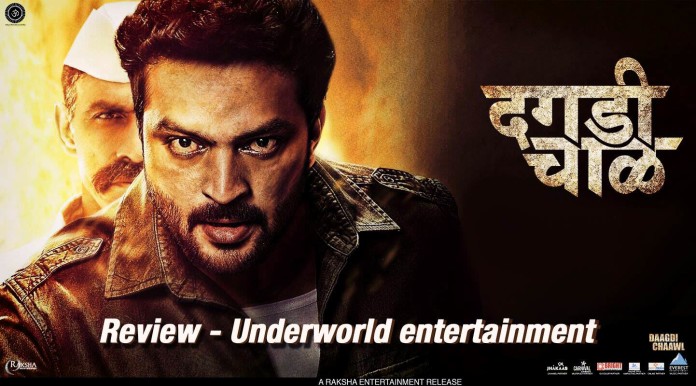 Marathi cinema audience is regularly exposed to mainstream Hindi films. Therefore, the subject of underworld isn’t novel for them by any means. So, if you are making an underworld movie in today’s era, it is vital for it to have something new to narrate.

If not this, there has to be some high quality entertainment. Debutant director Chandrakant Kanse’s Dagadi Chawl turns out to be a one-time watch affair for it offers some fast-paced entertainment. 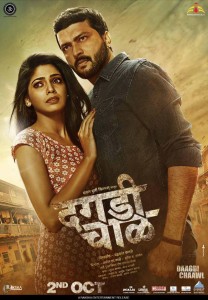 The film is based in Mumbai in 1996, an era when the underworld had a strong hold in the city. Suryakant Shinde aka Surya (Ankush Chaudhary) is a brave young man staying in Mumbai’s famous B.D.D Chawl. He works in a garage and is satisfied in his small little world. When the beautiful Sonal (Pooja Sawant) moves in to their chawl, Surya falls for her and vice versa.

However, Surya’s simple and perfect world turns upside down when he gets into a tussle with a group of goons. Although Surya makes them bite the dust, his troubles just begin. The men belong to the powerful and utterly ruthless gangster-turned-politician, Daddy (Makadand Deshpande) of Dagadi Chawl. Will Surya be able to survive against such a mighty evil force?

Dagadi Chawl is basically a realistic underworld tale but it is narrated in an entertaining manner. The fast-paced screenplay with regular action sequences and twists in the form of betrayals make sure you are glued to the screen. There is a nice balance maintained between realism and commercialism, although on some occasions, like the climax, the focus tilts more towards the latter. 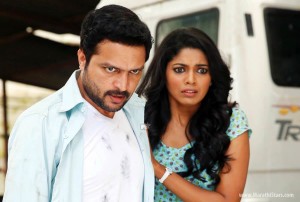 The film can also boast of some stylish presentation, aided by some sleek and sharp editing and powerful background tunes. Aniket Khandagale’s camerawork too falls in the positive category. The era of 1996 is created in a fairly successful manner. Except on few occasions where tall skyscrapers are visible, which didn’t exist even 10 years ago. From the music, the Ganesh Visarjan song ‘Morya’ is enjoyable.

The film as a whole, however, doesn’t rise up to the expectations. The flashback period is not only lengthy but also predictable most of the times. This predictability works against the film the most because, as mentioned before, the audience has been exposed to such underworld sagas numerous times in masala Hindi films. Plus, the one incident that changes the life of Surya is also a tried and tested one. 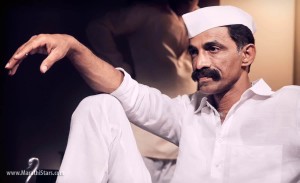 Ankush Chaudhary is having a splendid run currently. He continues it with his believable act here as Surya. He juggles between being soft-hearted and angry with ease. But Makarand Deshpande is the most striking. He isn’t shown indulging in evil activities as it wasn’t needed. His small little glance is enough to generate terror. The actor playing DCP Khan puts on a convincing show.

Pooja Sawant does what is expected from the ‘heroine’ in such genre of films. Sanjay Khapre and Yatin Karyekar, as Daddy’s most trusted men, play their respective characters properly. Kamlesh Sawant is getting stereotyped as a ruthless cop. But, taking nothing away from him, he plays the character to perfection.

Dagadi Chawl is for those who enjoy underworld action sagas. With the hype and the presence of Ankush Chaudhary, the film is expected to do well at the box office.