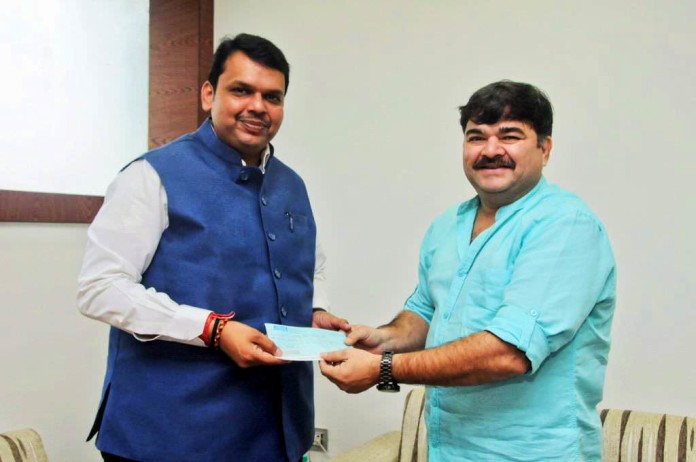 Prashant Damle, an actor known for his roles in Marathi dramas, films and Television recently met Devendra Phadnavis, Chief Minister of Maharashtra and donated Rs. 1 lakh for the “Jalyukt Shivar Abhiyan” The fund aims to construct an artificial lake to hold rainwater and use it to the farms.

Phadnavis has expressed his thanks to Damle on his Twitter handle.

Thanks to Marathi Actor Shri Prashant Damle for the contribution of ₹ 1,00,000/- towards #JalYuktShivar Abhiyan! pic.twitter.com/3JR5kwL072

After Ajinkya Rahane, Akshay Kumar and several other Marathi celebritiesm, Damle has come forward to help the farmers struggling against draught. Nana Patekar and Makrand Anaspure has already set up a foundation called “Naam” to aid farmers and their families.

The drought in Maharashrta has been severe as the rainfalls have decreased mainly the Marathiwada and Vidarbha region.