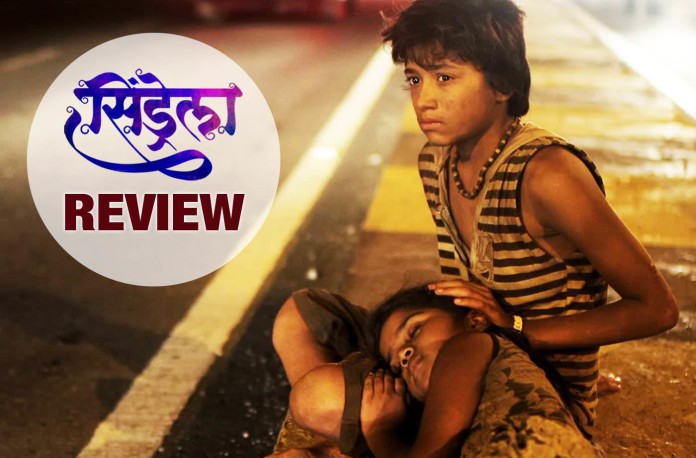 Marathi cinema’s fascination with telling stories about children continues with Cinderella. The film is about the struggle of two impoverished and orphaned siblings who live in the slums.

There is an eerie similarity in the plot of Cinderella with a gem of a Tamil film that released earlier this year called Kaaka Muttai. In both the films, a slum dwelling pair of siblings aspire for a material possession that is beyond them. However, that is where the similarity ends. Kaaka Muttai managed to explore the lives of its character in a charmingly honest manner without being manipulative in any way. Cinderella, on other hand, eschews subtlety of any kind for an unabashed emotionally manipulative approach. 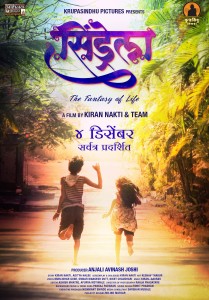 In the film, Rani (Yashasvi Vengurlekar) catches a glimpse of a pretty doll named cinderella and there grows a strong desire in her for that doll. We then witness the struggle of the siblings to make ends meet and also save enough so that Rani’s desire to have that doll gets fulfilled.

Now, it certainly doesn’t help if one of your lead actors cannot act. Yes, it is difficult to make children act, but that is when casting becomes so crucial. Kaaka Muttai and even Fandry had shown the way by casting non-actor in such roles. Yashasvi Vengurlekar’s performance as Rani is weak. Though efforts have been taken so that she looks and sounds like a kid from the slums, Yashasvi just cannot act. The other lead child actor Rupesh Bane puts up a comparatively stronger performance, but, it is still not enough to save the film.

Cinderella has a number of other issues, not least of them being how it exploits the conditions of its poor protagonists just to gain sympathy. Most parts of the film can certainly be labelled as poverty porn. The melodrama at many instances gets cringe-worthy. To its credit the film does try to put across the virtues of hard-work and education. But even this dimension of the film comes across as too pointy and preachy. There have been a number of films exploring the world of the poor living in slums; this film does not charter any new territory in that matter, either.

Cinderella is full of stock characters that you can expect in a film about people living in the slums. Like most of the films made in our country, the mandatory song and dance sequences serve absolutely no purpose. They might be starving for a few days, but the slum dwellers in this film have no difficulty whatsoever in breaking into a dance at any given moment. The staging of most of the scenes is poor with a very loud background score.