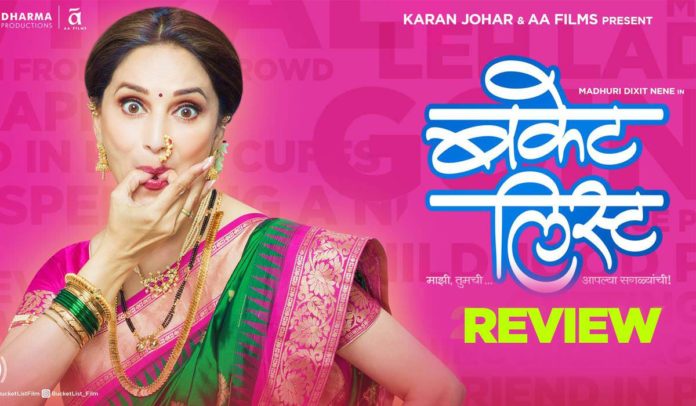 The one-liner for Bucket List would appear considerably interesting on paper. The film even achieves some of it’s ‘fun’ aspect in the first half. But even that has a problem of perspective. The whole idea needed to be looked as a comedy, a true blue comedy that could only get slightly serious in the climax. Instead ‘Bucket List’ appears confused about it’s perspective. It unnecessary creates drama out of situations that are outright illogical in the narrative. It even underplays the humorous moments to keep the film family friendly. 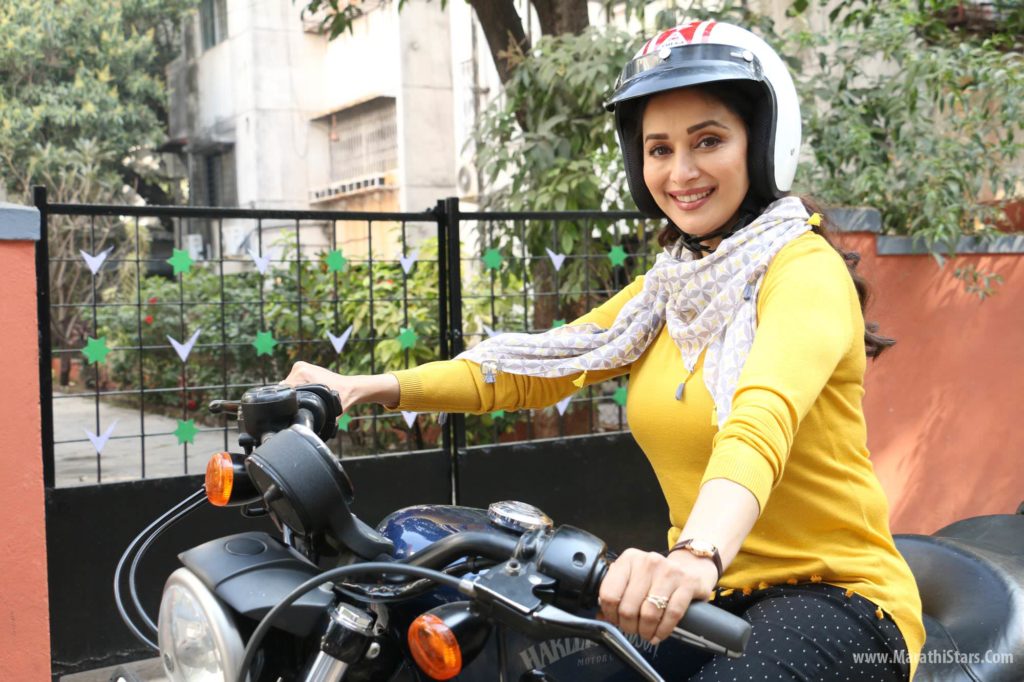 The first half starts off on a terrific note, where we didn’t expect this film to make Madhuri a true believable middle aged housewife. We also notice there’s a slight cutely dumb side to her (one that is never seen again). I was reminded of Sai Tamhankar’s character from ‘YZ’. Imagined that in this scheme of things! But Madhura (Madhuri Dixit Nene) is hardly a complete character on her own. She is a roughly created generalized version of a middle aged house wife from a upper middle class family.

As we know the narrative of the film is about Madhura completing a ‘Bucket List’, a Bucket list that belonged to a teenage girl who lost her life before completing her 21st birthday. Why Madhura is supposed to take this responsibility on herself? From the promotions of the film I realized the Bucket List team doesn’t want the audience to know about it, so I won’t reveal. But I would say whatever the reason is it makes sense as also it’s a part of the basic idea which is interesting on it’s own. 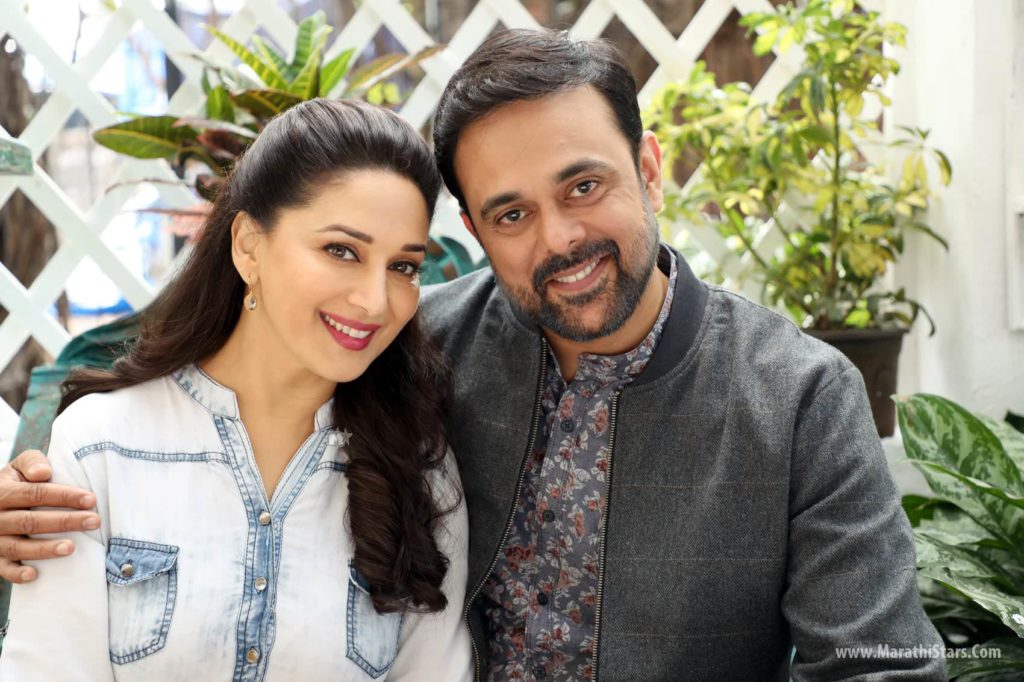 However the journey of the completion of this Bucket List doesn’t bring about any substantial change in Madhura’s life. She does a number of things, by the end she says she has learned so much & has changed so much, but this change is only present in the dialogues not in the actual screenplay. One major reason for this error is that since the film didn’t really figure out Madhura’s character before the Bucket List entering her life the changes too are difficult to incorporate!

The second half as major issues throughout, almost every dramatic moment feels forced & which are unnecessarily added to have a conflict in the story. The climax is shockingly absurd! The fast paced, high energy party song ‘Houn Jau Dya’ kills the entire novelty of the subject brutally! The song just didn’t belong to the film. Why would parents of a dead 20 year old celebrate her birthday with such over the top excitement just after 6 months from her death? The birthday party makes sense but the excitement is just mindlessly absurd. 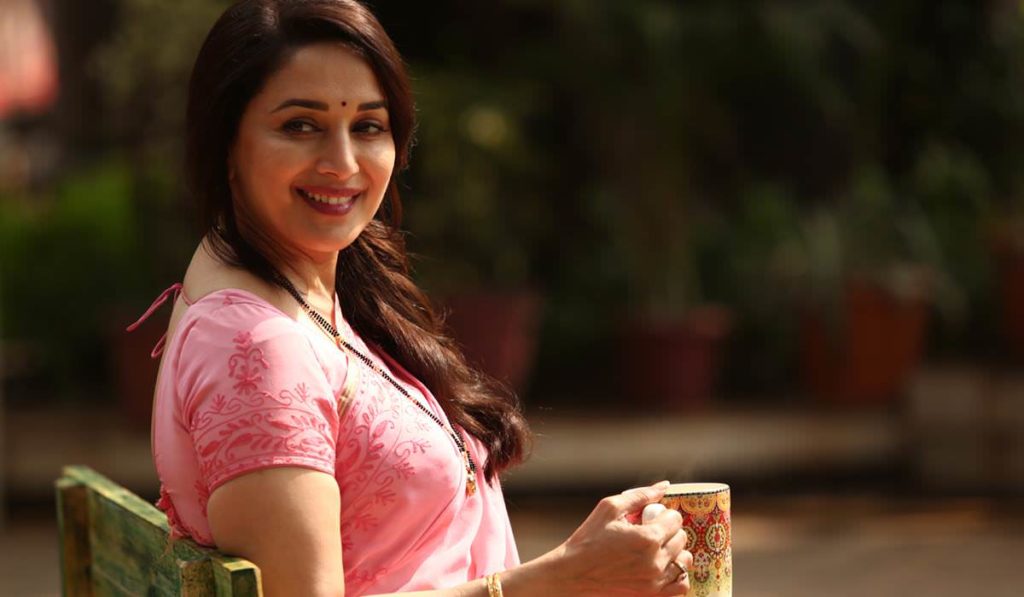 But the reason I have still rated the film decently is the way it created an interesting give & take between today’s younger generation & the generation of their parents. Madhura too is backed by a few friends of the deceased teenager. Madhura also has few interesting & relatable moments with her own teenage daughter. Deceased teengaer’s twin brother played by Sumedh Mudgalkar too suffers from the unnecessary dramatic angle of the film, or else he could have made a better connect with the audiences, also because he is a good performer.

Finally talking about Madhuri’s performance! Her Marathi isn’t a problem, neither is her overall performance, but then she doesn’t save an average film. A better actress in this part could have surely elevated the overall film as there were many moments for the character to shine above the mediocre script. I was reminded of Sridevi’s heart warming performance from ‘English Vinglish’ & how she literally appeared ‘Shashi Godbole’ in & out.

Bucket List’s biggest problem is the directorial decision making, from the tone of the film to the overall flow of the screenplay, the inclusion of irrelevant drama & the absurd climax. Yet for audiences who are fans of Madhuri Dixit, the film would be a pleasing experience overall.