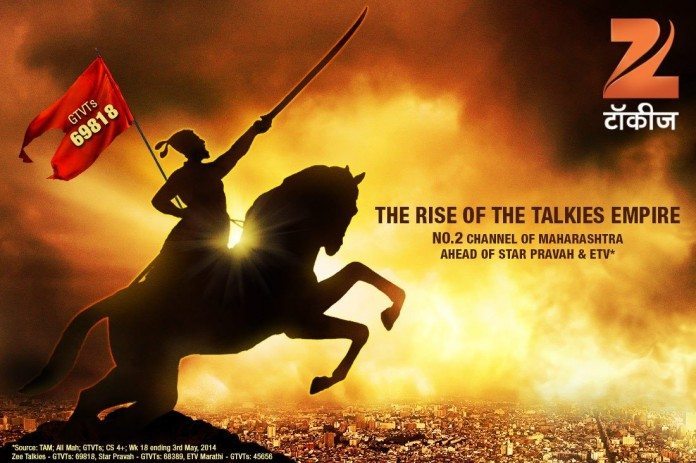 Breaks all records with ‘Naveen Duniyadaari’

Zee Talkies continues its string of success by galloping ahead of Star Pravah and ETV Marathi with its highest ever GTVTs – 69818 this week. It has now conquered the No.2 position in Maharashtra after Zee Marathi, thus making Zee Entertainment own the top 2 positions in the Marathi Genre. Zee Talkies has achieved this historic victory by breaking all previous records.

This is the first time ever in the history of Indian Television that a film was presented with totally new sensitivity and shade. Zee Talkies added a different flavor to ‘Duniyadaari‘ with the support of director Sanjay Jadhav and producer Nanubhai Singhani. The uniqueness of content, high impact creatives and rousing promotions gave the channel, a record breaking number in the history of Zee Talkies. The heat of ‘Naveen Duniyadaari‘ was not limited to Zee Talkies. It wouldn’t be wrong to assume that on 27th April; most of the households in Maharashtra were glued to their television sets watching the Naveen Duniyadari. With exhaustive promotions and unique content the channel saw a never before number of 69818 GTVTs.

An innovative idea of presenting a fresh version of Duniyadari on television recreating the same magic got the channel paramount ratings. To keep upto our promise of non-stop entertainment, we will keep coming up with fresh and new innovative content for our audience. We are thankful to the viewers of Maharashtra for loving and supporting us for all our initiatives and efforts towards making Zee Talkies one of the most loved channels of Maharashtra.

Going forward we want to position Zee Talkies as a FEC (Film Entertainment Channel). This implies that along with the best and latest Marathi movies the audience would also be exposed to the best of film entertainment whether it’s an event or a show. The current channel strategy has created a lot of affinity amongst the channel audience, thus making it the No.1 channel of Maharashtra in terms of reach. The channel reach numbers are a true indicator of the escalating popularity of Zee Talkies in Maharashtra. Zee Talkies plans to roll out some key initiatives with the aim to scale the channel to newer heights and provide quality entertainment to the audiences of Maharashtra.