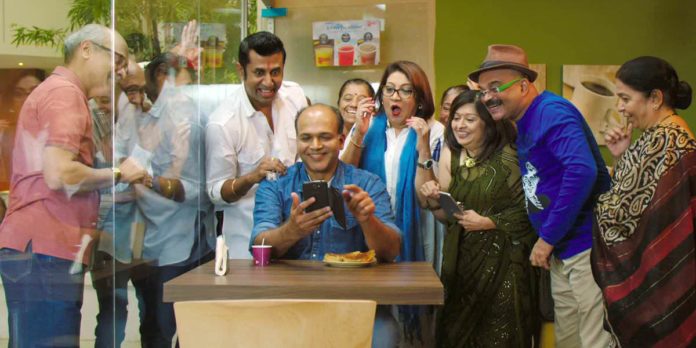 Ashutosh Gowariker starrer Ventilator is getting tremendous admiration from critics and fans all over the world. It has not just opened to a stupendous box office collection at its first weekend but as it enters its second week in cinemas, the film has collected 11 crore in 11 days at the box office. It continues to hold strong despite of the decision of currency demonetisation taken by Indian government and big banner franchise of bollywood films and regional films. Ventilator triumphs through both.

Talking about the film success Director Rajesh Mapuskar expressed, “It’s hard to celebrate when so many are suffering because of the demonetisation but I am absolutely overwhelmed with the response Ventilator is getting and standing tall against the crisis. It’s heart warming to see queues outside tickets Windows for Ventilator , I hope in some small way the film is a silver lining in a stressful situation.”

Zee Studios’s Business Head of Marathi Film Division Nikhil Sane quoted, “There is a remarkably rugged renaissance reverberating across Marathi cinema. Same time last year the magnum opus musical drama “Katyar Kaljaat Ghusali” held its ground strong against the big banner Bollywood festive release.  As 2016 draws to an end we get another Marathi film of deep emotional worth, which challenges our long standing notions of the joint family system is embraced and loved by the audience though there is currency demonetisation.”

Ventilator is directed by Rajesh Mapuskar. The film features a sterling ensemble of 73 speaking characters. It is produced by Priyanka Chopra and Dr. Madhu Chopra of Purple Pebble Pictures, in association with Magij Pictures and presented by
Zee Studios’s Nikhil Sane. Ventilator was released on 4th November 2016. The film is running successfully in 258 theaters with 4165 per week shows all over Maharashtra.