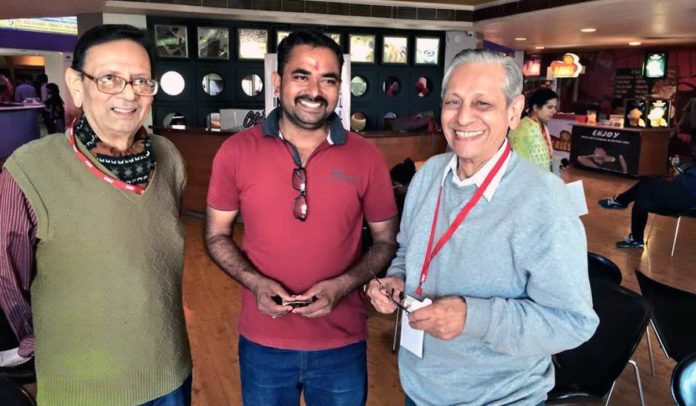 National award winning filmmaker Bhaurao Karhade is all set to release his second directorial ‘Baban’ on 23rd March all over Maharashtra. But there’s an interesting story behind the specially credited co-producers of this film! Their names are Manohar Mungi & Joshi Kaka. These two gentlemen contributed 100 rs each in the production of the film!

Yes it was the PIFF festival of 2015 when ‘Khwada’ was premiered & these two gentlemen were among the audiences. After watching the film & loving it they met Bhaurao Karhade to congratulate him & as a token of appreciation they gifted him 100rs! Bhaurao wasn’t ready to take that money at first but later accepted their love. Manohar Mungi & Joshi Kaka said to Bhaurao that we are giving you this money for your next film!

Keeping this little gesture in mind Bhaurao Karhade has credited them as co-producers in his upcoming release ‘Baban’. The film is presented by The Folk Confluence Entertainment & is produced by Vitthalrao Karhade, Pramod Bhaskar Joshi, Pranali Sandeep Fund & Bhaurao Shinde under the banner ‘Chitraksh Films’. This film stars ‘Khwada’ fame Bhaurao Shinde & releases at a theatre near you on 23rd March.