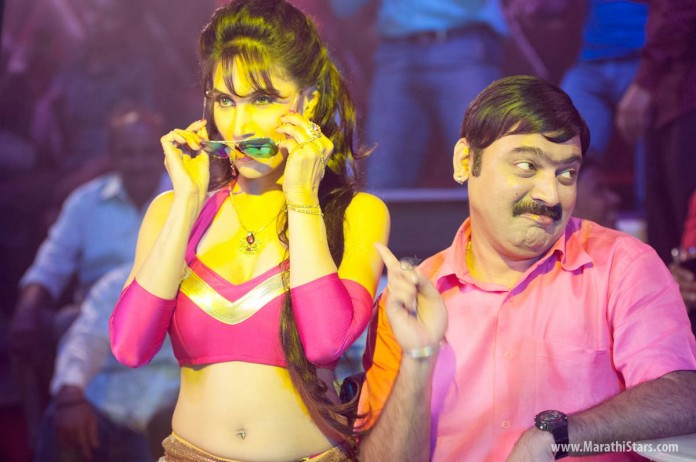 Makrand Anaspure and Sayaji Shinde are back with another comedy flick- Wanted Baiko No One. In this film Sayaji will be seen as Loveguru and Makrand will try to learn tips about romance from him. The film will release on 19 June.

The film also stars Smita Gondkar, who will be seen in some steamy scenes and heart-throbbing item dance numbers like Bada Bada and Ishkachi Dhundi. Tejaswini Lonari will be seen in a romantic song “Tujhe Ghayal Dole”
Raju Parsekar who has earlier directed Teen Bayka Fajiti Aika has directed this film.