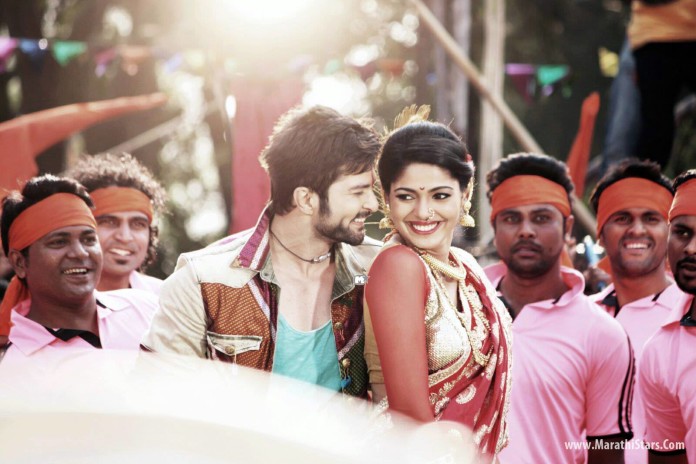 Enthusiastic crowd with colorful costumes, all young Govindas are ready to break Dahi Handi in the song of ‘Aala Re Aala Dashing Govinda’ from Marathi movie ‘Vrundavan’.  Recently shooting of this song took place in Goregaon film city.  More than 600 artists danced on this song along with Vrundavan’s star cast Rakesh Bapat, Pooja Sawant and Vaidehi Parshurami.  Dance steps were choreographed by Ganesh Acharya.  At the shooting of this song Music composer and singer Amitraj and Avdhoot Gupte were presented. 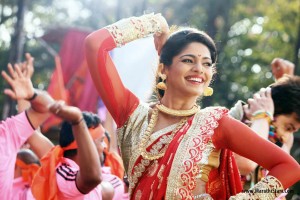 Ala re ala dashing govinda marathi song actress,