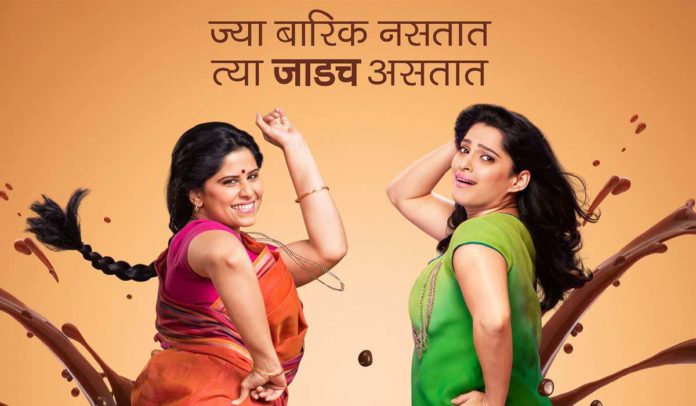 To be frank we all know that Diwali is not just the festival of lights or sound. More importantly Diwali is India’s biggest food festival too! Especially sweets! Don’t we all gain few kilos every Diwali? So this Diwali Sachin Kundalkar brings us a special chocolaty film “Vazandar”. Two of Marathi’s most loved glamorous actresses Sai Tamhankar & Priya Bapat star in this heavy weight entertainer. Recently the first poster of “Vazandar” was revealed on social media. In this poster we can see Priya & Sai all excited & dancing with joy & around them is lots of liquid chocolate. “Vazandar” is all set to hit theatres on 11 November.

Vidhi Kasliwal has produced this film under her banner “Landmarc Films”. Sachin Kundalkar has written & directed “Vazandar”. Sachin also revealed that this film is somewhat biographical for him as he too has been a heavy weight from a long time. The film has Priya Bapat& Sa iTamhankar in main leads. Among others Siddharth Chandekar, Chetan Chitnis & Chirag Patil are also playing important roles. Sachin has always been perceived as an experimental filmmaker. However his recent films have reflected a unique mixture of entertainment & cinematic sense. His last two films (Happy Journey & Rajwade & Sons) too were youth oriented & had a fresh feel to it likewise “Vazandar”. Ever since the film was announced every one of us have been eagerly waiting for it & looks like we won’t be disappointed.

Along with the first official poster the official logo was also posted on social media. Apart from being youth oriented & entertaining we also expect “Vazandar” to enlighten the audience about a serious issue like body shaming. We are pretty sure that Sachin, Sai, Priya, Siddharth & the rest of “Vazandar” team will help us develop a fresh sensitive perspective towards people suffering from obesity & other related mental conditions. 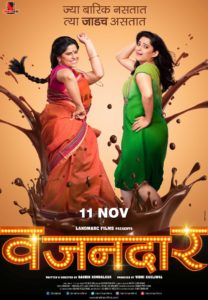