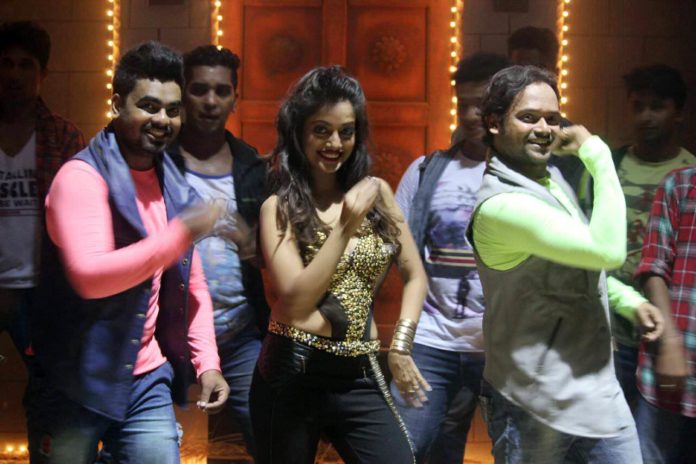 Nilu Phule who started his career from loknatya won the hearts of the public with his powerful performances in films. Despite being typecasted as villains in his films, he had a female fan following. He was a well-respected figure in the Hindi film industry as well.

Popular dancer Mansi Naik will be shown giving a tribute to Nilu Phule in the film. Mansi who is hugely popular for her dance, will dance to a song with the title ‘Bai, wadyawarya’. Those words for which Nilu Phule was widely popular are being used in the song.

Rajesh Bidwe has choreographed the dance in a manner not seen in the past in marathi film industry. Ashutosh Raj and Nikhik Vairagar have danced along with Mansi Naik in the film. The producers have left no stone upturned in making the song spectacular. Mansi Naik has worked hard on her dance. She feels the song can turn out to be a milestone in the marathi film industry. Lets hope the audience to lap up the tribute in the form a song with great fanfare.