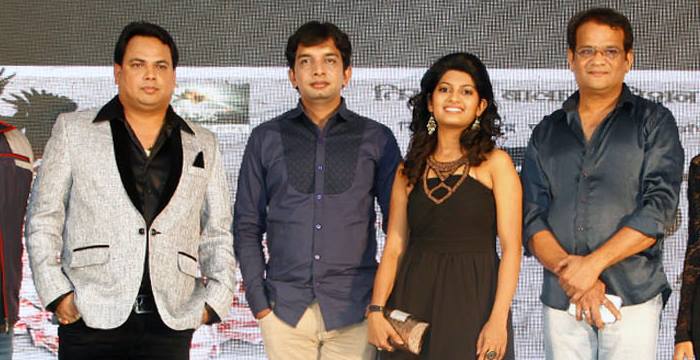 Tirupati Balaji Group is a leading name in Property Builders, took a step ahead in an entertainment field as TIRUPATI BALAJI MOTION PICTURES. Recently in a grand function, Shri Mahendra Pawankumar Singh the founder of Tirupati Balaji Group, revealed that through Tirupati Balaji Motion Picture he is widening his bussiness in cinema productions. The logo of TBMP was launched in this function as well as the first Marathi Cinema ‘KAV KAV KAWLE’ is sooner to be released under the banner of TBMP. 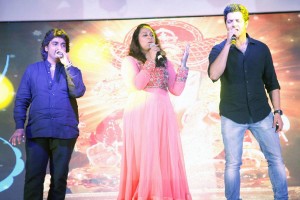 A reputed name as property builders, Tirupati Balaji is now ready to succeed in entertainment field and aims to innovative ideas in creations of regional films. Many of the deligates and artists of the Marathi film ‘Kav Kav Kawle’ were present and witnessed the first glance of the film.

The main attraction of this film is that after a long period the amazing voice of our beloved ASHA TAI will be heard in this film and Vaishali Samant as music Directer . Kav Kav Kawle is based on anti social subject. Nilesh Sable, Vijay Chavhan, Arun Nalawde, Vidyadhar Joshi, Saksham Kulkarni , MIlind Shinde, Dhanashree Kadgaonkar are featured in this picture. TBMP is also aheading to produce films in other regional languages.