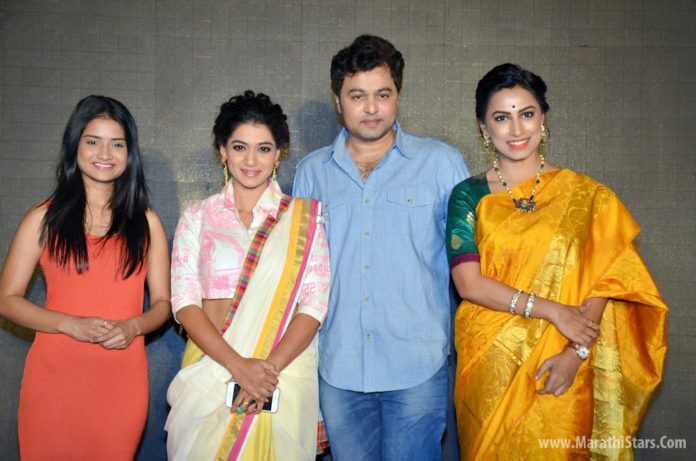 Karar- A film about increasing insensitivity in the society will be releasing very soon. The film stars Subidh Bhave in the lead role. The film has two leading ladies- Urmila Kanetkar and Kranti Redkar.

The film is directed by Manoj Kotian and produced by Poonam and Neelam Sevia. The trailer and music launch of this film was done recently. The starcast and crew of the film was present for this event. Subodh Bhave said, “Karar is a family film and it shows struggle of everyone’s family life and issues.

Kranti commented that Karar is a very close film to her. “I am doing role of Radha who is very serious. I learnt so many things from Subodh during this film”. The story is written by Sanjay Jagtap and Hemant Edalabadkar has written the dialogues.

The music of this film is composed by Vijay Gavande and Paresh Shah. Guru Thakur and Mangesh Kangane have penned the lyrics. Avadhoot Gupte, Shreya Ghoshal, Bela Shende, Sonu Kakkar, Jasraj Joshi, Neha Rajpal and Vaishali Samant have given the playback for the songs.